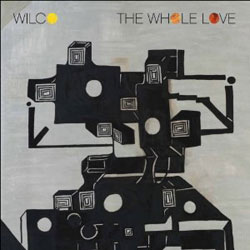 Like The Byrds or Pink Floyd, Wilco are a band of various distinct phases and line-ups that it is always difficult to place each new release in the context of their broader career. The current line-up of Wilco now seems remarkably stable, however, and after the twin masterpieces of Yankee Hotel Foxtrot and A Ghost Is Born, the band seem to have settled into something of a comfort zone. It’s hard to believe the fuss and industry controversy over Yankee Hotel Foxtrot now, given the high regard in which it is held by critics and fans, many of whom still yearn for Wilco return to that boldly experimental territory.

The reality of course, is not quite that simple. Jeff Tweedy’s work has always been grounded in the conventions of traditional songwriting. The presence of radical guitarist Nels Cline has raised expectations of excoriating avant-garde improvisation – but his presence has always been subsumed within Wilco’s wider purpose as an exceptional rock band. The group’s albums since A Ghost Is Born have mostly been warm and ingratiating, but it would be misleading to state that they completely eschewed a radical imperative.

If anything, The Whole Love continues the trend that has seen the band neatly counterbalancing their various preoccupations. The majority of the album is smooth, honeyed chamber pop – intelligently arranged and mostly extremely pleasing on the ear. There’s an amusing irony in the fact that The Whole Love contains a song called Sunloathe, given how breezy and summery much of it sounds. To be somewhat reductive for a moment, The Whole Love seems to combine the relaxed, confident soft rock of Wilco (The Album) with some of the lush arrangements that characterised Summerteeth. If the songs don’t quite seem as sophisticated or challenging, they reveal greater rewards on repeated listening.

For the most part, The Whole Love is a finely-tuned, determinedly subtle album, full of discreet touches and unassuming flourishes that can often only be gleaned when paying very close attention. Black Moon is a delicate, understated affair. Whilst it lacks a strong melody, there is a sense of care and triumph in its combination of bucolic guitar, strings and light touches of vibraphone. Rising Red Lung is a similarly introspective moment of beauty, with a hint of Nick Drake or John Martyn beneath its otherworldly atmospherics. Born Alone may not exactly be Wilco’s most radical moment, but its combination of insistent strum and orchestral texture from drummer Glen Kotche is difficult to resist. By its conclusion, it has grown into something more imposing and surprising

Another presiding feature here is a tentative sense of swing. The lilting shuffle of Open Mind is quietly insidious and ultimately touching. There is more of this on the lovely Capitol City. Its a deceptively simple number that actually captures Tweedy at his most melodically satisfying and which veers through a range of styles and approaches, with atmospheric added sounds. It’s a deft blend of tradition and new discovery.

Elsewhere, there are moments that jar, both purposefully and sometimes uncomfortably. On the overly stylised retro-rock of Standing O, it feels like the band are sleepwalking somewhat. Yet the opening track Art Of Almost is a staggering melting pot of syncopated rhythms and dubby effects, supporting an already memorable melody and concluding with some typically rampant and frenetic Nels Cline shredding. It’s an incredible moment – so brave and exciting that it might even sound out of place on A Ghost Is Born.

Perhaps the defining track here is the final One Fine Sunday (Song For Jane Smiley’s Boyfriend), which patiently and elegantly unfolds over twelve long minutes. It is resolutely unhurried and carefully textured. It is the sound of a band completely unconcerned with trying to tick boxes or to impress the impressionable. It is the sound of a band entirely comfortable and confident with where they are.