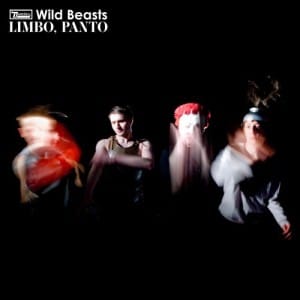 So reads the inside cover of the promotional copy of their debut album, and I couldn’t have said it better myself. It’s even quite probable you’ll even be able to remember where you were when you first heard the upward sweep of Hayden Thorpe’s voice. I was on a bus in South London when this voice beamed in like a message from another planet, singing the first of many strangely uplifting titles, Vigil For A Fuddy Duddy.

As they said, Wild Beasts make their very own sound – and it’s completely dominated by the declamatory gestures of Thorpe, whose sheer power often makes him sound either like a 16th century castrato or the main character in a screwball musical. Thankfully he stops well short of the antics of the Blackadder theme but the technique is similar, a kind of cross between that and Stephin Merritt‘s Showtunes.

Yet the production, overseen by Cardigans and Franz Ferdinand producer Tore Johansson, is a fine achievement, finding a balance between the huge voice and the guitars, placing them essentially in a widescreen environment.

The upshot is that you’ll either love or hate the Wild Beasts, for in no way is this a voice you can sit on the fence and listen to. And certainly on songs like The Devil’s Crayon, where the vocal melody swoons over jangling guitars, you can’t help but get taken away by the sheer romanticism of the sound and the lyrical sentiments.

Elsewhere, though, the voice can grate and overpower if you’re not in the right mood for it. Woebegone Wanderers, whose title indicates a song about a bottom of the table football team, goes through a cycle of recitative and chorus that, while well structured, needs a stage to bring it full justice.

This is a brave and hugely ambitious record, projecting far beyond the limits of most bands in their early twenties today. It will always be a jar of Marmite where the listener is concerned, either loved or hated, but the fact it falls into its very own category should be unreservedly admired.