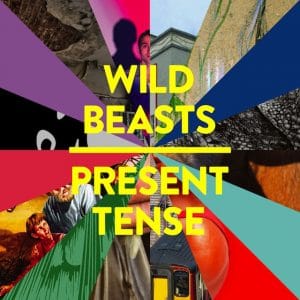 The rise of Wild Beasts since the release of their critically-acclaimed debut Limbo, Panto in  2008 has been nothing short of remarkable. Providing a much needed injection of experimentation into the UK music scene, the Kendal quartet’s unique sound marked them out as an exciting prospect amid a conveyor belt of generic guitar bands – with the peculiar falsetto vocals of co-frontman Hayden Thorpe particularly attention grabbing.

It was a potential that was fully realised by their Mercury-nominated second album, 2009‘s Two Dancers, which took the clever playfulness of their debut and refined it, creating a beautiful, sonically captivating collection of songs. Despite Two Dancers setting the bar even higher for the band, they returned two years later with third LP Smother – another critically-acclaimed and, arguably career-defining, record.

As with their previous efforts, Smother demonstrated why many believe Wild Beasts to be one of the most innovative and interesting British bands around. Following its release, the band decided to take their time before returning with album number four – breaking the relentless cycle of creating albums and touring. Present Tense is the result of that extended creative period, arriving almost three years after its predecessor.

While such a wait often causes expectation levels to soar, Wild Beasts showed it was time well spent with the release of lead single Wanderlust. The song, which also opens the album, is an early example of the electronic sound that punctuates Present Tense, with its crunching synths providing the perfect backbone to its confrontational lyrics: “Don’t confuse me with someone who gives a fuck/ funny how that little gold can buy a lot of luck.”

Nature Boy further explores their electronic development, with tribal drums working against stabbing, penetrating synths as the band’s other frontman Tom Fleming demonstrates his deeper, lurking vocals. The same can also be said for one of the album’s standout moments, the utterly compelling Daughters. Beginning with a stuttering synth beat, the song gradually evolves towards an ominous conclusion, as Fleming booms “Daughter please spare me”.

Although the electronic elements are more prominent than they have been previously, the intricate guitar riffs that Wild Beasts are renowned for remain as integral as ever, including the one delicately wrapped around the gorgeous Mecca. “Just surrender your limbs to my every whim/ now we’re lovers, we are cartwheeling,” suggests Thorpe during the song, which possesses the sort of intimacy and emotion that makes them such an intoxicating listening experience.

In fact, while all the idiosyncrasies that have made Wild Beasts’ first three albums such beguiling listens are on display throughout Present Tense, there is an ease and unmistakable clarity to the record that feels like a natural progression from Smother. Take A Simple Beautiful Truth, which sees both Fleming and Thorpe combine their contrasting vocals over a straightforward, uplifting melody, as the latter sings: “There’s a beauty out there, you just gotta know where.”

Elsewhere, the hauntingly melancholic A Dog’s Life and Past Perfect provide further proof of the record’s more concise, understated production – something aided by their collaboration with co-producers Lexxx and Brian Eno protégé Leo Abrahams – while penultimate track New Life reinforces the shoots of optimism that are present throughout the LP over slow-burning, stripped back synths.

It may have been several years in the making, but Wild Beasts have once again managed to outdo themselves. As its title suggests, Present Tense encapsulates exactly where the band are at right now, capturing their worldview over eleven sublime tracks. It is an album by a band at the very peak of their powers – one that will make you want to throw your hands up and surrender to its magnificent beauty.