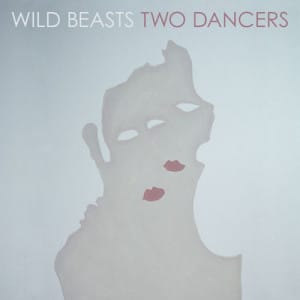 With only so many notes in the chromatic scale, the triumphs of countless artists preceding them and only one major release under their belts, such a momentous work of splendid art as Kendal indie eccentrics Wild Beasts have produced in Two Dancers was not a foregone conclusion.

It just wasn’t supposed to happen yet. After all, this is a band fronted by Beverly Sills and Antony Hegarty impersonators who make effervescent guitar pop a la Orange Juice with Morrissey-esque existentialist prose. Sure, their 2008 debut Limbo, Panto foretold an ascent to greatness for the unique outfit, but it still assumed that they’d require a few more releases and some time to grow before achieving that greatness. So what happened to the years of mis-steps and misguided tangents of extreme quirkiness that were supposed to follow?

Apparently, Wild Beasts have no time for such diversions. A little more than one year has passed, and already the group has delivered on their promise of potential tenfold. That will do just fine for the listeners, thank you very much – it’s straight to the magnum opus, then!

Two Dancers is a gift, saturated with sensuality in every facet of its being. Melodically, each track shows the band to be more patient, deliberate, and successful with their ideas (and, for the most part, tempos) when compared to those on their first effort. Whereas some Limbo, Panto selections, such as the deliciously raucous Brave Bulging Buoyant Clairvoyants, would at times buckle under the weight of ambition and derail aimlessly, Two Dancers’ tracks never show any signs of weakness.

Instead, the listener is treated to one magnificent beauty after another. Ethereal, reverberated, arpeggiated guitars float about gentle caresses of piano on the outstanding lead single Hooting & Howling, establishing a melodic theme that those same elements repeat in the exquisite Underbelly, as well as the haunting, second incarnation of the title track. In the first part, the scope is broadened dramatically with the help of distortion alongside more generous helpings of reverb, so as to completely envelop the earsas the tribal percussion does the same to the rest of the body.

Maturation is also inherent in the group’s especially distinctive vocals and lyrics. Hayden Thorpe, armed once again with his sweeping, operatic falsetto, does well to temper his penchant for coupling hisarias with caustic growls. This time, he reserves his screeches and yelps for more opportune moments, such as the declaration that theyare “just brutes” in Hooting, or his acting as the harem surrounding his throaty counterpart Tom Flemming (who balances him well on this record) in the delectable All The King’s Men.

Lyrically the band exudes great confidence as the two crooners spin kinky, somewhat disturbing yarns that contrast the beauty and majesty of the album’s instrumentation. Wild Beasts wish to make both the skin and mind goose-pimpled with intelligent and explicit phrasing such as “when we pucker up, our lips are bee-stung,” which simmers within the chorus of the splendid selection We Still Got The Taste Dancing On Our Tongues.

Arguably the most endearing aspect of Two Dancers is its extraordinary production, which does incredibly well to ensure that their brilliance is presented cleanly to, instead of imposed upon, the ears of the listener. Wild Beasts themselves, along with engineer Richard Formby, are responsible for the impeccable arrangement of every beautiful nuance comprised in each song, and in turn elevate absorption of the music to a transcendent experience.

As the subtle, off-tonic final note puts to bed the album closer The Empty Nest, and with every aspect of the record exceeding expectations, Two Dancers makes a strong case to be named album of the year. Yet if this release has taught us anything, it is to not assume what is and isn’t possible in music. Ignore speculation, and simply make time to bask in the seemingly endless supply of luxurious delights contained within this stunning achievement.