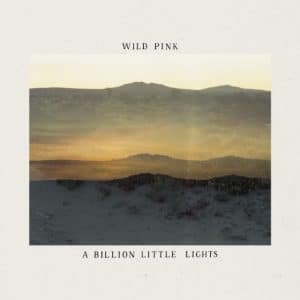 After spending two albums putting the ‘heart’ in ‘heartland rock’, Wild Pink have branched out into more synthetic, more contemporary indie pop on this, their third (and first few new label Royal Mountain). However, this focus on electronic flourishes doesn’t diminish their position, or their sound – they’re still directly in the middle of a spectrum that runs from Death Cab For Cutie to The War On Drugs.

This dichotomy is no more apparent than on the switch between the second and third tracks on the record. The former, Bigger Than Christmas, is gossamer-fine, watercolour track evocative of their old sound, and the jarringly modern-sounding The Shining But Tropical. Of course, this is followed by the downcast splendour of Amalfi, with its haunting background vocals and roomy, supple drum sound. You Can Have It Back is wonderful night-drive soft rock, with pillowy sonic textures and elegantly drawled vocals, while Family Friends draws its thrills from mid-’00s hallmarks.

Pacific City is taut, springy heartland rock, and it’s a complete example of what Ross and his band do incredibly well. They refashion old sounds into new shapes, with a genuine enthusiasm and commitment to making them relevant to modern ears. Die Outside does this too – only it aims for the skies instead of the open road, soaring chorus and all.

The beauty of albums like this is in their refusal to hurry up, or to take you somewhere you’ve never been before. They are cool, languid and reflective – and best enjoyed while you’re on the good side of 30. But therein lies the problem with many of them (A Billion Little Lights included), there’s just not enough of anything to really latch onto and take forward with you through the years.

When you hear snatches of Tom Petty‘s wildfire country rock or pick up the scent of Bruce Springsteen‘s muscular grease-monkey rock, it leaves you scrambling for the real thing. If anyone can get through Oversharers Anonymous and not go running for the real thing (Full Moon Fever, or The River, or Hard Promises, or Tunnel of Love) then they must not have heard it before. A Billion Little Lights is a good album when heard in isolation, but it pales in comparison to those albums that inspired its creation.