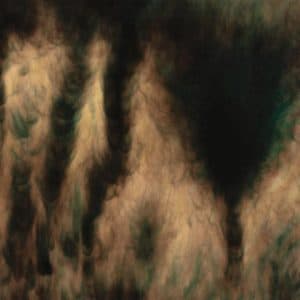 The chorus of the Nirvana track Frances Farmer Will Have Her Revenge On Seattle features late front man Kurt Cobain repeatedly bawling the line “I miss the comfort in being sad” with a droning emphasis placed on the word ‘sad’. Critically acclaimed and overnight more wealthy than he had dared to dream, Cobain found in his final days that even the loftiest of laurels can mutate into a crown of thorns. He had to learn the hard way that there is always going to be something or someone that sours the milk and brings you down when you think you’ve finally found contentment.

It appears that on his new record Lamentations, ambient music’s own platinum haired scruffy, sparkly, queer godhead William Basinski has found himself in a comparable position, and decided to return to the miserablist fold, embracing the safety blanket of existential ennui that has defined his output of the last two decades, after the peculiarly cheer filled Sparkle Division album we got earlier in the year.

That record was an outlier. With its Henry Mancini inspired cinematic strings, field recordings of eccentric neighbourhood characters, chopped up trip hop inflections and feisty song titles (You Go Girl, You Aint Takin’ My Man, Slappin Yo Face) it was the sound of cut glass crystal clinking against beer tankards, of velvet curtains covered in cigarette burns, all silky conversation and bleary eyed joviality in worn out pleather booths. Originally envisioned as a tribute to two of his comrades who had recently passed, the influence of his long time assistant and dance music connoisseur Preston Wendel meant the wake shook off the shackles of despair and became a party piece.

Built upon his trademark oblique washes of collapsing noise, Lamentations is undoubtedly a momento mori. Contemplative and unstable, the record is a 12-track paean to the benevolent act of taking domestic solace in retreating. Preston’s influence is still being heard; there are snatches of haunted operatic arias on the tracks O My Daughter O My Sorrow and Please This Shit Has Got To Stop. As evidenced in that last title, some variable has made Basinski yearn to withdraw and take comfort within the infinite drift; maybe it’s the relentlessly dour state of the union, the recognisable devastations of the pandemic upon the populace mirroring the excessive losses of the Aids pandemic, maybe all of the above. Whatever has caused this reaction, it seems obvious in the context of the flaming nihilism that continues to engulf us in the final few months of 2020 that William Basinski is back within his element, and we should take all comfort in that.