by Christopher Monk
published: 4 May 2009 in Album Reviews
Tweet 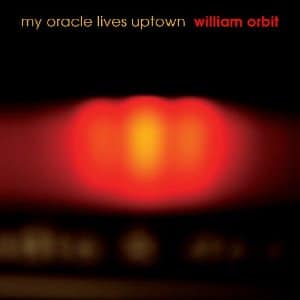 William Orbit was the Mark Ronson of his day. That might seem like a ridiculous comparison given that, musically speaking, the two producers couldn’t be more different: Ronson’s production makes a virtue of its brass-flecked peppiness, while Orbit has proved himself adept at aerating otherwise conventional pop songs with the sounds of ambient music.

Yet both Orbit and Ronson’s careers have followed similar arcs. Both achieved chart ubiquity off the back of a landmark job: Ronson’s career was kickstarted by his sterling work on Back To Black by Amy Winehouse, while Orbit’s dominance in the late ’90s and early ’00s came off the back of Madonna‘s widely-decorated Ray Of Light. And both producers have endangered their credibility through over-exposure. The apotheosis of Orbit’s ubiquity arrived in 2001, when he produced a remix for Limp Bizkit.

Perhaps aware of this, Orbit has kept a low profile of late. His last solo release, 2006’s Hello Waveforms, was the follow-up to Pieces In A Modern Style, released six years earlier, and his production work for other artists has slowed up markedly, too. My Oracle Lives Uptown is being proclaimed (if that’s the correct term) as a low-key release, one that’s free from the shackles of a conceptual straightjacket (Pieces In A Modern Style was an ambitious attempt to re-boot canonical classical pieces as electronica).

Orbit has claimed he wanted to make an album that’s “more of a party record than the previous ones… It’s not a serious, po-faced record, it’s not ambient although it has its ambient moments”. That’s a partly accurate description of My Oracle Lives Uptown. There is indeed little in the way of the sort of drifty formlessness that you might associate with the ambient genre (and some of Orbit’s earlier work such as Strange Cargo). My Oracle… is structured very much like a ‘party record’: the album comprises 14 tracks, none longer than six minutes.

In addition, a number of the tracks feature vocals from Laurie Mayer, although it would be pushing it to describe these tracks as ‘songs’: Mayer’s vocals are rendered distant and wispy-sounding, as if they were sampled from another source. The most overtly dance-y track here, Purdy, feels underpowered and fit only to soundtrack footage of vegetables being chopped on an episode of MasterChef. Put it this way: anything off the latest Röyksopp album could easily have it in a fight.

It’s a clich to dismiss predominantly instrumental music as being ‘background music’, and even more of a clich to consider the term ‘background’ pejorative. Plenty of decent music is designed specifically to blend unobtrusively into whichever environment it’s being played in (Brian Eno‘s Music For Airports being the obvious example). But My Oracle… is background music in the worst possible way. Bring it to the foreground, give your undivided attention and it actually becomes a difficult, somewhat stifling record to listen to.

My Oracle Lives Uptown isn’t a bad record by any means. Nothing on here is palatably weak or unpleasant (although the muted trumpet on the closing City Lights Reflection is fairly ghastly). It’s been produced with a great deal of care and attention, and it can’t be denied that it’s rich in sonic detail. But, ultimately, this album is rather like a sheet of puff pastry: yes, it contains lots of layers, but there’s nothing in between them. Like a drunkard in a pub, this album falls between a number of stools: it’s not hooky enough to be pop, not funky enough to dance to, and it lacks the emotion-inducing beauty that would endear it to followers of ambient music.

Orbit is an excellent producer of other artists, and it would be nice to hear more of that work in the future; nor should that work be confined to the dance or ambient genres (refer to the pleasingly dense graininess he conferred on Blur‘s 13 for evidence). Sadly My Oracle Lives Uptown is not the best showcase for his talents.