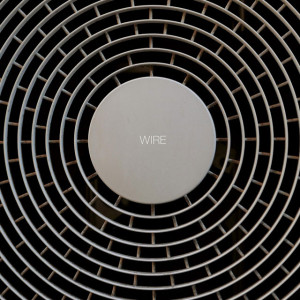 Wire is not a band that could ever be accused of resting on their laurels. Over the last 40 years they’ve constantly sought to move forward, experiment and refuse to be bound to their past.

So whilst the band has released some of the most astonishing and groundbreaking post-punk albums in Pink Flag, Chairs Missing and 154, the band choose to continue to move on. Fans might well be content to constantly revisit the old material, but not so Wire. Whilst this approach doesn’t always pay off, it does keep the band fresh and flexible; although much like fellow post-punk alumni The Fall, Wire have an innate ability to always sound different and always the same.

This, the band’s 13th (or 14th depending on who you ask) studio album was mostly honed on the road, but some songs were apparently only presented to the band by Colin Newman just prior to recording. The result is an album that shifts between that taut and focused rhythmical sound that is synonymous with Wire, and sections where the band seem almost unsure and unsettled. The most obvious example of this spontaneous approach can be found on Sleep-Walking, a song that the band apparently didn’t work the whole way through before recording. The sense of uncertainty fits perfectly as Newman talks about devolution, and a country blindly strolling towards a police state. “A lack of decision, leaves us open for a steal, left out abandoned, we are less than ideal” he intones as the band settle into a darkened and portentous groove that seems to tap into the political mood of the country just weeks ahead of the General Election.

The album opens with Blogging, a pinsharp take on the egocentric world of social media and the dehumanisation process that the world wide web affects. Voting by-proxy never sounded so sinister or depressing. The subject matter might be a little dour, but Wire has always had a finely tuned pop-edge which sweetens the pill considerably. Shifting’s tale of (metaphorical) relationship breakdown is off set by Newman’s delicate vocal delivery and the gorgeous melody that takes over for the chorus. Similarly, Burning Bridges’ broken hearted tale of fleeting hope, sleepless nights, revenge, and the dangers of asbestos chimneys is wrapped in a pop sensibility that borrows heavily from The Beatles songbook.

Joust and Jostle zips along as you might expect a Wire song to, jabbing guitars and propulsive rhythm section taking the lead. Split Your Ends treads a similar path, with Graham Lewis’ driving bass and Robert Grey’s economical drumming underpinning the wash of guitars. In Manchester is sparse but also given its pulse by the Lewis/Grey partnership. Having very little to do with Manchester, beyond the mention of the city in the (incredibly moreish) chorus, the song’s lyrics was pieced together, presumably in a “cut up” style similar to the one utilised by David Bowie, from a series of unformatted texts that Lewis passed to Newman. Yet despite this, the song has (possibly subconcious) echoes of The Smiths and New Order, and one of the finest melodies to be found on the whole album.

It is perhaps Harpooned, the song that closes the album, that provides the album’s finest moment and could easily sit alongside the band’s best work to date. A slice of noisy chaos, it’s a slow but determined chug that almost forgets about flavouring uncomfortable truths with a spoonful of pop sugar. An abrasive scree of repetitive guitars and relentless drums engulf the anxiety ridden vocal lines. Newman is left crooning in the face of a building wave of noise before being swept away. As the song examines helplessness, anxiety and mental-illness (“sat down by the fountain, and went quietly mad”) deep in the gloom there are light touches in the guitar lines, the brief keyboard interjection at the midpoint and Newman’s delivery that offer a brief respite. It’s a breathless and hypnotic conclusion to an album that finds Wire once again proving that they’re still one of the most inventive and exciting bands around.