The Wombats – Beautiful People Will Ruin Your Life 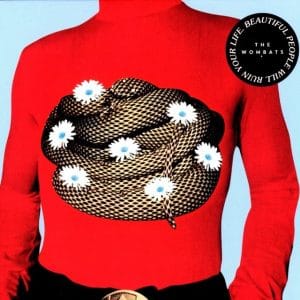 It is testament to The Wombats’ staying power that they have defied their detractors over the years and established themselves one of the most reliable indie pop bands to come out of the noughties. While some of their contemporaries have faded into obscurity, the Liverpudlian trio have managed to progress since the release of their successful debut album, A Guide To Love, Loss & Desperation, more than a decade ago.

Admittedly, this progress has not been as significant as that made by the Arctic Monkeys, for example. Nevertheless, The Wombats have built up a passionate fanbase with their polished, upbeat and insanely catchy singles and energetic live performances. They have also done something different with each new album release, moving from the post-punk of their debut to the darker, synth-heavy This Modern Glitch and anthemic Glitterbug.

Yet for all the new directions The Wombats have gone in, they have never lost the humour that made them so relatable when they first made their name with a string of singles that dominated indie club dancefloors across the UK. That tradition continues with their fourth LP, Beautiful People Will Ruin Your Life, which largely picks up where Glitterbug left off – except for a noticeable lack of synths.

Lead single Lemon To A Knife Fight hints at this back-to-basics approach. It has pretty much everything you could want from a single from The Wombats: their signature jangly guitar riff, an infectious chorus, and Matthew Murphy’s whacky, but ominous, lyrics (“I kick and you like to punch/ I’m unhinged and you’re undone”). The tale of a toxic relationship both unnerves and delights in a way few achieve better than The Wombats.

It features in a very strong opening half of the album and follows straight on the back of excellent opener Cheetah Tongue, which builds gradually from its humble beginnings into a psychedelic rocker with a clapped beat in a much more muscular affair than might be expected from this band. Turn is another highlight, despite being a more melancholic throwback to their earlier material, with Murphy finding room for a reference to Drake. While Black Flamingo and White Eyes are not quite in the same league as the singles that preceded them, they more than hold their own. The spiraling riff and vocal harmonies of the former particularly standout as Murphy sings: “I want to love you but it hurts, hurts, hurts.”

However, The Wombats have developed a tendency of offering up plenty of album fillers over the years and Beautiful People… is no different. Lethal Combination is promising to begin with thanks to its sultry first verse, but as the chorus kicks in it disappears into a rather unremarkable love song. I Only Wear Black also has potential due to a riff that is right out of The Strokes’ playbook, yet it never gets out of second gear as it stumbles towards its conclusion, while the sunny vibes of Dip You In Honey are not enough to stop it falling into filler territory.

Ice Cream is much better though, providing one of the best basslines on the record as Murphy reels off his unusual metaphors with undeniable craft, before closer I Don’t Know Why I Like You But I Do finishes the album on a high with a beautifully sweet melody. Even with the missteps, there is plenty to love about The Wombats’ fourth effort. It’s certainly not hard to see why they have retained such a loyal following for more than a decade.

The Wombats MP3s or CDs

The Wombats on Spotify