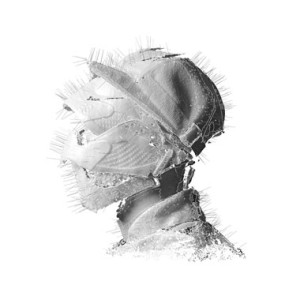 Yoann Lemoine, the arboreal child in question, was once promo director to Lana Del Rey, Taylor Swift and Rihanna, before becoming the creative force behind Run Boy Run, one of the most extraordinary videos of the last five years. A compelling mix of schoolboy escapism, Where The Wild Things Are, and self-consciously weighty symbolism, it was so stunning it begged a number of questions: Did it flatter the song? Would the album live up to its creative standard? And just how can a 12 year old boy with flowing blonde hair look so much like David Cameron?

The answers to the first two questions are no and no (the third remains a mystery). Run Boy Run remains a standout track, even when shorn of its potent visuals; a masterclass in light and shade that takes the listener on a journey from panicked oppression, to hope, and finally to glory. When the woodwind section gets their turn, it’s like the sun coming up. But the song also benefits from a generous quantity of distinctive hooks, from the repetition of the title to the driving percussive clicks.

It’s a heady combination of emotional intensity and focused songwriting that Woodkid never really comes close to equalling – on either count. The chief culprit in this failure is the decision to use his own voice, a folly built of crumbling, cracked stone on weak foundations. The idiosyncracies are amusing for a while – “said” rhymes with “paid”, we hear about “fighting the four seas of gravity”, and most endearingly, “riding horsies” – but can’t disguise the simple fact that he sounds like Antony trying to record with polyps and a shocking hangover.

It’s not hard to understand why he chose to sing himself; this is clearly a deeply personal record. Lemoine himself has described it as a concept album of sorts; a rites-of-passage tale following a child’s transformation from organic wood into cold, hard marble. It also covers, in his words, “perceptible changes of the body, that budding sexuality, wanting to be different from the norm… striving for your identity” – and if you can’t grasp the klaxon-like subtext embedded in that statement, this album perhaps isn’t for you.

But the result of this decision is a succession of toneless tunes that, for the most part, the vast orchestra and choir he has at his disposal does nothing to compensate for or mask. As the album wears on, they’re used less and less as a collection of instruments and more like an effects pedal – just press here for instant grandiosity. Even the call-to-arms of Iron, the video for which looked more like a portfolio for an edgy modelling agency than any artistic statement, reverses the album’s narrative and transmogrifies the shining brass into dull wood.

There are moments which suggest that Run Boy Run was no fluke – The Golden Age skips along to a brisk marching snare, not unlike The Divine Comedy‘s Tonight We Fly with added fanfare, and Conquest Of Spaces forges an alliance between a mournful pop melody and the burbling arpeggios of Muse‘s Bliss. But elsewhere, a dip into that contacts book for a guest vocalist or two would surely not have gone amiss.

The problem is, this is a soundtrack without a film. Shadows, for instance, is unmistakeably the sound of a man waking up and remembering that last night’s hard-fought victory means that he no longer has to live under the shadow of the Dark Enchantress, even if he did accidentally crucify his daughter in the process. It is entirely possible that such visuals may soon be supplied, and will surely offer a more complete and satisfying experience. But taken strictly as an aural experience, it’s a brave and sometimes moving work that nonetheless falls well short of success.