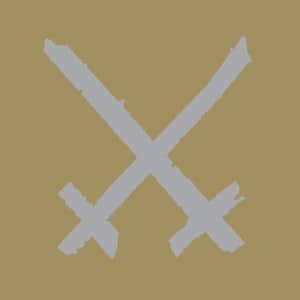 Needless to say, the Suicide referenced by Rick Rubin, and Bella Union, is not the Suicide of American Supreme or Why Be Blue. It is Martin Rev and Alan Vega’s iconoclastic debut record that they are attempting to profess a kindred spirit with.

So by casting Stewart, and his new record, amongst this kind of artist is revealing – they intend new listeners to come to the record expecting big things. Listeners already familiar with Xiu Xiu are already aware of the extent of the influence of Suicide’s future-punk, Einstürzende Neubauten’s furious rhythmic sensibilities and Scott Walker’s dramatic groaning and ornate melodicism on Stewart’s sound. But they are also aware that the sound is equally drawn towards luminaries such as Cabaret Voltaire, Throbbing Gristle (and assorted side-projects/offshoots), Kraftwerk, Skinny Puppy, David Sylvian and Nico.

Xiu Xiu are starting to gain kindred spirits themselves, such is the development of their sound – Cold Cave, Factory Floor and numerous other critically lauded synthpop/darkwave ensembles are often compared with them, and are undoubtedly similar in style and substance. Angel Guts finds Stewart ploughing similar barren sonic terrain to the great albums he’s already produced, but with a slightly harsher, rawer feel than usual, which gives credence to the big claims his record label set out before it.

Stewart’s subject matter retains a confrontational edge – sex and death are the commonest themes here. Double suicide, double penetration and genitals are nothing new in terms of Xiu Xiu lyrics, and casual listeners attracted by the promise of primitivism will be surprised by the amount of pleasure Stewart derives from challenging his audience. The title of the album, for instance, is derived from a Japanese skin flick featuring exactly that range of themes.

Opener Angel Guts is a dense, ominous soundscape made of severe, distorted sound – its wind-howl white-noise atmospheric gloom serves as a squalling introduction to one of the highlights of the piece. Archie’s Fades, in one impressive swoop, lays a Walker-esque haunted croon on top of an austere, Rev-like industrial synth backdrop motoring underneath. A rudimental drum machine beat carries an insistent rhythm into a wall of cacophonous feedback noise towards the end of the track, which showcases Stewart’s particular blend of primitive drones, wheezing synths and Bela Lugosi histrionics.

Highlights are casually scattered throughout: Stupid In The Dark’s shuddering Wax Trax! motorik is a highpoint, and the malfunctioning techno insistence of the superbly-named Black Dick is another peak. The lyrics are exactly as you’d expect, and at one point in Black Dick, Stewart simply repeats “Dick! Dick! Dick!” and thus ensures that any casual listeners left by that point have got the full measure of his bawdy shock tactics.

Swans‘ Thor Harris provides percussion at points, particularly bells in the Swans-like El Naco, and later cut Cinthya’s Unisex is a dead ringer for the primitive Einstürzende Neubauten of Kollaps (with an unhinged Robert Smith of The Cure-like vocal performance). Train sounds and a Decepticon vocal effect take the track into highlight territory – the intensity of the first half of the song doubles when the treated vocals appear towards the end.

The Dream Baby Dream drum machine calypso of Bitter Melon and the cacophonous disco of Adult Friends (complete with pig-squeal sound effects) are further evidence of the potency of the dark approach to synthesizer music Jamie Stewart has been peddling this past decade or so. John Congleton’s production deserves a mention: his sympathetic approach to whichever art-rock project he is working on is becoming very popular – so much so that he recently completed work on the new Swans album.

In a year where ‘album of the year’ material is expected from Michael Gira and company, Angel Guts offers a darker, grubbier, more succinct – but no less cathartic – alternative to Gira’s ever-expanding cosmos-rock. Fans of Xiu Xiu will be absolutely enthralled by the various shades of black on display here, and with nine studio albums behind him, it’s hard to imagine Stewart changing his successful formula to generate more surprises. The main criticism of Xiu Xiu is that their sound has been done before, and more successfully. Xiu Xiu fans get exactly what they want from Angel Guts, while new listeners will either become diehard devotees or be turned off by the lack of originality. But the quality of this particular record is impossible to deny.