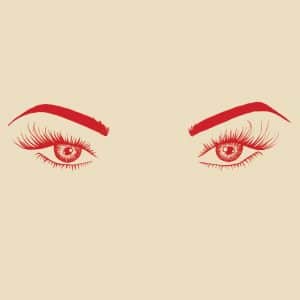 Articulating the inherent hazards of sexual privilege comes naturally to the patron saint of art rock alienation Jamie Stewart. Emerging from the Californian mountains as the de facto autocrat behind Xiu Xiu, Stewart, with ongoing assistance from Angela Seo, has for the last 19 years, presented an ambitious accumulation of sordid anecdotes, each one filled with existential desire and despair, informed by queer theory in a tumbleweed of unbending discordant clatter.

Using a whispered singing style that musters up thoughts of a panic-stricken Donald Sinden battling allergies, and a counteracting musical smokescreen of naive electronic squall and ostentatious feedback, their 12 albums and countless EPs appear to have been made using instruments sourced from toyshops and jumble sales.

For this release Stewart and Seo have called on their support network, and what a crew they had at their disposal. Greg Saunier from Deerhoof and composer Lawrence English help with production on the hybrid forms and vocal refinement comes from Sharon Van Etten, Grouper’s Liz Harris, Haley Fohr from Circuit Des Yeux, Twin Shadow’s George Lewis Jr and Liars’ Angus Andrew amongst others.

Each judiciously curated partnering offers the duo some much appreciated pacification through association, helping to lighten the darkness cast by the uniquely disjunctive melodies and self-referential lyricisms. Sad Mezcalita, whose maudlin strategies call back to the opaque soundtrack work of Piero Umiliani and Riz Ortolani, inaugurates the record, placing Van Etten in liminal opposition to Stewart. The restraint on display during the hushed verses quickly reshuffles and amplifies the orgiastic reveries of sound for which Stewart is known.

Nestled within the pedagogic fragility of I Cannot Resist springs forth the transcendent assistance of Deb Demure, the adopted persona of Drab Majesty’s Andrew Clinco. Despite proclaiming “the fruits of passion, such a hassle to clean up” Stewart and the synth savant willingly submit to the others’ emotional needs on the fragmented track. Elsewhere, slurring operatics and rigorous drones infiltrate The Grifters, a complex and unstable ballad featuring the exemplary vocals of rising star Fohr. The title track stalks new and frightening territories, featuring as it does the ravings of Susanne Sachsse, who will be familiar to fans of both hardcore gay pornography and nostalgic German militancy from her starring role in Bruce LaBruce’s film The Raspberry Reich.

It wouldn’t be a classic Xiu Xiu record without a perplexing interpretation of some totemic late 20th century anthem. This time (after tackling Tracy Chapman’s Fast Car, Queen’s Under Pressure and the entire score to David Lynch’s cult TV hit Twin Peaks) they’ve gone for a deeper cut from a no less iconic musical force. Gothic nightingale Chelsea Wolfe joins in on the group’s purposefully tinny and nausea inducing assault on One Hundred Years from The Cure’s Pornography album. Yet as electrifying and distinctive as that track is, the standout on this album has to be the unexpectedly ecstatic machinations of first single A Bottle Of Rum. Stemming from an aspiration to produce a track that had similar resonances to Grouper’s now legendary folk song Heavy Water/I’d Rather Be Sleeping, Stewart managed to rope in that song’s author on guest vocals, and it comes as close to a pop song as they’d allow. It illuminates Stewart’s nascent ability to render these often fractured collages with a strange and beautiful sincerity.

Their signature tendency to muddy honesty with extravagant noise has consigned them to being a badly kept secret for too long now. Embracing the participatory rather than lurking in personal mistrust, and supplementing their formerly disconsolate narratives with unusually contented flourishes, these diverse new manifestations substantially demonstrate that Xiu Xiu still exist in a universe of their own design, but that maybe they’re ready to temporarily negotiate ours once more.