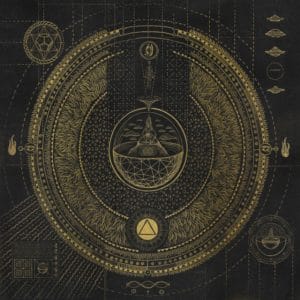 It turns out Jo Jo didn’t need to leave Tucson, Arizona after all, for they had their own potent strain of narcotics locally that were far stronger than any of that hippy dippy Californian grass. And it’s that same dust cloud fuzziness that has come to define the sound of the city’s alternative country scene for over 40 years. The latest, and greatest, group to come out of the desert is XIXA: not roman numerics but a spelling of the term ‘chicha’. It refers to both the Peruvian blood red alcoholic drink made of corn, as well as the strand of psychedelic Latin folk rock that began in the ’60s, which also uses that name.

The godhead of the New Southwest scene, as it’s called, is of course Howe Gelb and his influential ensemble Giant Sand. Anyone who’s anyone has played either with or within their ranks since their formation in the late ’70s, from Calexico’s Joey Burns and John Convertino, via the legendary Rainer Ptacek, to XIXA’s very own Gabriel Sullivan and Brian Lopez. Although Gelb doesn’t make his presence known on this record as much as he did on their debut Bloodline, save for an appearance playing a mystic in the vein of Alejandro Jodorowsky’s The Holy Mountain in the video for May They Call Us Home, you can feel his influence throughout.

Much like the cult film director, the band blends a fondness for cinematic Christian mythology with outlaw Latin traditions. The cover for the album, featuring an illustration by fellow Tucsonan Daniel Martin Diaz, reveals some the thematic elements the group explores on the record, from magic and astronomy to metaphysical rebirth and geographic danger. Starting with the skewed whammy bar fuzz of Thine Is The Kingdom, the lyrics are littered with references to biblical metaphors and sandblasted panoramas.

The other main source of inspiration for the record appears to be Screaming Trees‘ Mark Lanegan, due mainly to Sullivan’s similarly gravelly vocal range. It’s most noticeable on the tracks Genesis Of Gaea and Land Where We Lie, which both follow Thine is The Kingdom. Featuring the Uummannaq Childrens Choir all the way from Greenland, Land Where We Lie finds the band doing their best impression of the dramatic power ballad Cry Little Sister from the soundtrack to the cheesy ’80s horror The Lost Boys.

In fact, decked out all in black, this menacing gang could be blood brothers to those Byronic mulleted nocturnal ruffians. Singing tales of ravaged beauty, in contrast Lopez’s vocals are a smoother proposition, and they carry songs like the whirly romanticisms of Feast Of Ascension and the cantina swing of Eclipse, a much more upbeat number in their canon. Eve Of Agnes, which also features Lopez, featuring Tuareg rock gods Imarhan, is a slight misstep; although it’s a storming dervish of handclaps and guitar mastery, and despite both bands sharing a love of the expanses of the dunes and mountains they call home, the north African vibe of the track feels out of sync with the Chicano heavy remainder.

The penultimate track, the piano led Night’s Plutonian Shore, is sung from the perspective of Edgar Allen Poe’s titular raven. Drummer William Watson, another expat from Giant Sand and former touring drummer for Bob Dylan and Alice Cooper, who knows all about the power of gothic storytelling, fills the song with percussive embellishments as the accursed corvid soars above the desolate lands below. Supernaturally imbued and festering darkness deep in its soul, this album should entertain people from dusk til dawn.