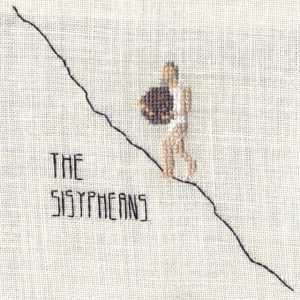 Giorgos Xylouris and Jim White have been releasing albums together as Xylouris White since 2013, most notably their self-declared trilogy of Goats, Black Peak and Mother. These efforts have followed a similar sonic path, with the albums divided between sanguine ballads and completely contrasting fast-paced songs characterised by a frantic playing energy.

Witnesses to their live shows will be aware that on songs like Forging from 2016’s Black Peak you have to double check that there are actually only two people on stage, given the ferocity of Xylouris’ lute playing and the complexity of White’s drumming. This sense of extreme abandon has become somewhat of a trademark.

Throughout the years of touring for the previous albums Xylouris and White had found some form of shared beliefs in their understanding of the Greek myth of Sisyphus, a king who was made to roll a boulder as his punishment for his self aggrandising behaviour. Both band members realised they shared visions on how the effort of an individual person can have an impact on the world. It is this collective thought process that results in Xylouris White releasing The Sisypheans, a quite a different sounding album from those which have gone before. Those higher energy songs are not in evidence, making way for tracks that are minimalist in approach, with vocals to the fore.

Balladic album opener Tree Song is incredibly tender. White’s drumming is sparse, which leaves space for Xylouris’ vocals to become the centre point. And the album proceeds in this seam of mood. It is not until closer Ascension that you get the pounding drums that were perhaps expected.

While this different feel to the album leaves some of the pacing feeling a little repetitive, there is no doubt that the talent shines through. It very much feels like an album made as a result of their time on the road, where they have found harmony together. It may not win them new fans, but it confirms their strength as musicians and is as such a welcome addition to their catalogue.