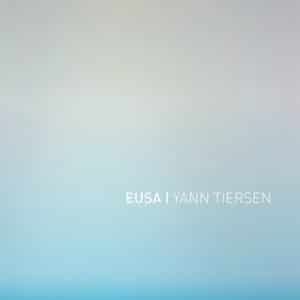 Rather like Angelo Badalamenti will always be remembered for his iconically creepy soundtrack for Twin Peaks, Yann Tiersen is probably destined to be inextricably linked to one particular movie. Amelie was a great enough film in its own right, but the way that Tiersen’s plaintive music matched to Jean-Pierre Jeunet’s inventive visuals raised it to a whole new level. Tiersen’s career has been a long and varied one though – lasting over 20 years, taking in collaborations with the likes of the The Divine Comedy, Jane Birkin and Tindersticks‘ Stuart Staples, and displaying his skills on a variety of instruments, including accordion, mandolin and violin.

Tiersen’s ninth studio album Eusa was actually released last year, in sheet music format. After seemingly realising that not everyone has the time or inclination to buy a piano, take lessons and play it themselves, he recorded the 10 instrumental pieces at Abbey Road Studios, and has linked them together with ambient field recordings from the coast of Brittany, where Tiersen grew up.

Surprisingly, given that possibly his most famous work is a piano piece, Eusa is Tiersen’s first solo piano record. Less surprisingly, he sounds perfectly at home in this minimal setting – Pern rises and falls beautifully, managing to sound both poignant and uplifting at the same time, while the gorgeous Enez Nein shows its Chopin influence, its stark chords steeped in melancholy.

Elsewhere, the tone is a bit more upbeat – Kereon has a hypnotic effect, and the brief interlude of Kadoran is almost jaunty, especially in this company. Tiersen’s at his best though when he tugs on the heartstrings: the fragile waltzes like Porz Goret and Penn ar Lann are breathtakingly sad affairs, the perfect accompaniment to staring balefully out of the window on a rainy Sunday afternoon.

It’s a shame then that such perfectly crafted pieces are interrupted by the framing device that Tiersen uses. The more ‘ambient’ tracks (entitled Hent I-VIII) are scattered throughout the album and simply consist of Tiersen tinkling around on his piano over the sound of birds chirping away. Sometimes, when such tracks are just a minute long, it’s bearable. At others, such as the closing Hent VIII which clocks in at six and a half minutes, it means that the album fizzles out somewhat. It’s an interesting idea – giving the listener an aural understanding of the landscapes that inspired these pieces – but it does disrupt the momentum somewhat.

Yet this can’t distract from the beauty of the main piano tracks on Eusa, and it doesn’t stop this album from being one where you can just listen and melt away. Whether you’re wandering around a remote island, or just stuck in your house pining over a lost love, Tiersen has produced a beautifully evocative piece of work.