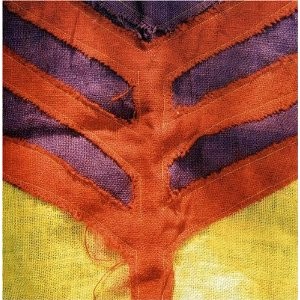 Back in 2003, the Yeah Yeah Yeahs, together with The Strokes, seemed to epitomise the New York New Wave scene – short, spiky songs delivered perfectly by a frontwoman who all the indie boys fell in love with and all the indie girls wanted to be like. Indeed, such was the power of Karen O’s personality, it sometimes threatened to overwhelm the band itself.

Although Fever To Tell was a decent album, it was a bit disappointing after the sheer power of the band’s early EPs. Show Your Bones has no such sense of anti-climax however – produced by Squeak E Clean (brother of O’s latest paramour, film director Spike Jonze), it’s a massive leap forward from that debut and showcases a more polished, yet still raw and exciting, sound.

That’s not to say that it won’t leave some fans disappointed – the more melodic direction takes some time to get used to, but the presence of guitarist Nick Zinner on top form throughout the album means that things never get too cosy. It’s impossible to shake the sense of disbelief on hearing the single Gold Lion for the first time though – like Throwing Muses covering a Beck song, it’s pretty, acoustic led and catchy as hell – O even sounds rather restrained. It’s a fine introduction to the band’s new direction, but more exciting moments lurk underneath.

Phenomena is one of those thrilling moments when you know on first hearing that you’re listening to one of the tracks of the year. It steals an LL Cool J chorus, features Karen O purring and squealing, buzzing guitar lines from Zinner and even throws in the sound of car alarms to add to the sense of chaos. It’s deliciously delirious, and certainly the best thing the band have ever done.

It’s followed by the swirling stomp of Honeybear, another masterful example of melody and mayhem blended perfectly together, while Cheated Hearts is a wonderfully anthemic number featuring O yelping “sometime I think that I’m bigger than the sound” before Zinner crashes in with another chaotic guitar line to try to prove her wrong.

The second half of the album is a bit more restrained than the first, but still features such marvels as Mysteries, a rollicking rockabilly swagger with O laying claim to one of the great musical moments of the year when squealing “take it away, Nick” just before a guitar solo. Dudley is slightly sleazy and sexy, bringing the ghost of Siouxsie Sioux to mind at time, while Sweets sees the band take a well earned rest, having a laidback, almost folky introduction before building the intensity up and up in a rather menacing way.

Only Warrior hits a bum note, O’s vocals becoming far too strangulated and sounding rather grating during the acoustic opening, while De Ja Vu, despite being an excellent song, is tagged on the end as a ‘bonus track’ when the stunning, triumphant strum of Turn Into would have made a much more suitable closer.

These are minor quibbles though, as most of this album shows the trio on absolute top form. Unlike some of their New York neighbours we could mention, there’s no ‘difficult second album’ syndrome here – Show Your Bones is the sound of a bang irretrievably, irresistibly and deservedly hurtling towards the big time.