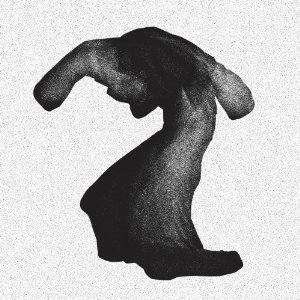 What’s in a name? The theory of nominative determinism says that aperson’s name can govern their chosen career. For instance, thecurrent Lord Chief Justice, head of the English legal system, iscalled Igor Judge. It just had to happen. A good case can be made forBrooklyn’s Yeasayer being a perfect musical exponent of thephenomenon, their work showing an inability to reject any musicalidea, cramming them into songs of earnest experimentation. Ahead of their debut album they described themselves – with straight faces, presumably – as “middleeastern-psych-snap-gospel.” Lest they be labelled too obscure, their nextalbum Odd Blood even saw deference to the last taboo, as theunconventionally cool notion of pop – you know, music that dares toactually be popular – was brought into the fold, spawning singlesO.N.E and Ambling Alp which nestled comfortably among the best of2010.

With so many ideas colliding, Yeasayer’s music has always needed alittle time to settle in both the listener’s mind and the widermusical landscape. Fragrant World, the band’s third offering, is noexception and may need even more patience. Opener Fingers Never Bleedshows a return to the band’s experimental preoccupations, less a songthan a series of progressive aural set pieces. A promising off-kilterdrone merges quickly into a syncopated electronic groove, giving wayto a tropicalia inflected passage, which in turn shifts to ahouse-chorded chorus-of-sorts, all against a backdrop of weebly bleepsand bloops. It sounds like machines breaking down, speaker conescrunching, processes repeating. As an opening statement it will be offputting to those hoping for Ambling Alp mark II.

That’s by and large par for the course, but there are enough hooks andhighlights to keep things moving; they just need to be sighted in thegloaming. No Bones pits Prince-style funk against a psychedelicEastern influenced skronk to great effect. Longevity is simultaneouslyheld together and pulled apart by a worming 8-bit sample propping upslippery strings and a vocal that urges living in the moment.Henrietta is an overt touchdown, a bass-heavy ’80s coin-op grooveplunged into liquid nitrogen, frozen into a Kid A-esque synthsoundscape that gradually melts in a blissful, narcotic second half.The momentum rebuilds under a refrain of “Oh Henrietta, we can layaround forever.” It’s gorgeous, and all the stronger for its relativesimplicity.

Relative is the operative word though. Fragrant World is undoubtedlyinteresting in texture and shifting propulsion, not to mention itspainstaking construction, but too frequently it just feels a littlecold and arch. A wispy vocal – noticeably pared back from Odd Blood -is the only common denominator among the shifting sands. There’ssimply not nearly enough of a raw, evocative, human touch. It’slyrically evasive, which also doesn’t help. The band clearly feel theyshould have mature concerns by now; they want to be political andconfrontational, but they only explore such themes tangentially.Reagan’s Skeleton seemingly says little more than “aren’t Republicansshits?” and Folk Hero Shtick’s type of target is obvious, yet itscritique elliptical. And this comes from a taciturn bunch who arealmost anti-corporate in interviews, but license their music for usein videogames.

That paradox sums up the problems with Fragrant World, which is arecord redolent of trying desperately hard to be cool. That said it’sno stinker, more a transition, a typical third LP that just doesn’tcatch light enough. It falls between two stools – returning to anexperimentation that won’t go far enough for some, while others willfeel let down in the backing away from the pop driven ethos thatbolstered Odd Blood so well. The band are clearly still learning thatthere’s a fine line between the experimental and the obstinatelyoblique, but there are signs that they’ll come to strike that balancein time. More than that though, they need to regain their human touchand find something to say.