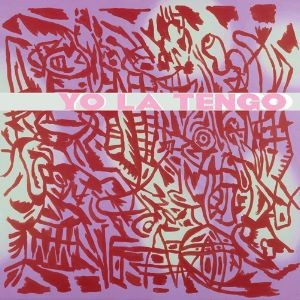 After 20 glorious years of teetering between New York art rock obscurity and the mainstream success they rightly deserve, Yo La Tengo are back with another collection of uncompromising underground classics.

The underground in question would be the Velvet Underground, of course. Right from the blistering 11-minute-long guitar feedback and minimal vocals of opener Pass the Hatchet, I Think I’m Goodkind, it’s clear that the Hoboken NJ trio are paying as much kudos to Lou and the gang as usual and a good thing that is too, as we’d be jolly disappointed if they tried to fob us off with anything else.

As you might expect of a band embarking on their third decade, I Am Not Afraid of You And I Will Beat Your Ass sounds wonderfully self-assured throughout. In recent years, their annual Hanukkah shows at the legendary Maxwell’s have become as fundamental a part of the season as The Pogues‘ Christmas bash at Brixton Academy; they’ve cemented their place in the New York alternate rock firmament and it’s from this position of (anti) establishment old guard that their new album comes. Yo La Tengo have nothing left to prove and this allows them the room and scope to simply showcase their talents, which are many and admirable as well as being both under-exposed and under-appreciated.

The Velvets remain their most obvious influence (check the guitar intro on I Should Have Known Better in particular, not to mention The Race is On Again with Georgia Hubley’s breathy, Nico-esque vocals) but the other usual suspects are here again as well. Perfect three-minute radio friendly unit shifters REM would be proud of? Check in, Beanbag, Black Flowers and The Weakest Part. Shouty poptastic noisefests of the Sonic Youth variety? Take your pick from anywhere on the album, really. Free Jazz experimentalism recalling the heady days of Sun Ra Arkestra? Step forward The Room Got Heavy. Gentle, downbeat numbers to make Smog or Will Oldham jealous, shot through with fragile orchestration as delicate as spun glass? I Feel Like Going Home and Song For Mahlia do the job nicely.

Only a band that knows exactly where it belongs would dare to structure an album so perfectly that its 70 plus minutes and 15 tracks comprise 12 songs all of two-three minutes duration topped and tailed by stellar showcases clocking in at more than 10 minutes each to form a complete package perfectly dissected by the seven-minute minimalist instrumental gem Daphnia, which channels the spirit of Philip Glass through a hazy cloud of teased classical strings. As, in fact, does the grand finale, The Story of Yo La Tengo, a 12-minute feedback-and-static caress that at times seems barely to be there at all – possibly an oh-so-subtle comment on the public awareness of this very, very, special band.

Take a bow, Ira Kaplan, Georgia Hubley and James McNew: what else do a band need to do to reach perfection? And if that’s not enough, they’ve even got Gary Panter to paint their album cover, the scamps. I love ’em.