Yo La Tengo – There’s A Riot Going On 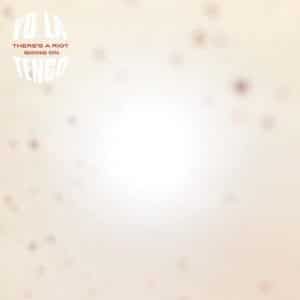 The origins of There’s A Riot Going On, the 15th release by Yo La Tengo, were quite different to its predecessors’. There was no decamping to the studio, armed with songs, ideas or a general desire to play together and see what ensued. Instead, it was a relatively unplanned event, pieced together from pre-existing recordings, semi-formed songs and film soundtrack works-in-progress. Bassist James McNew was key in then formulating them all into one cohesive piece. All of this can be immediately appreciated when listening to the album.

They have always been a restlessly creative, versatile and experimental band, switching focus but maintaining high standards, and this is clearer here than ever before. Their last two albums (2013’s Fade and 2015’s Stuff Like That There) exerted something of a plateauing effect on their impressive run of albums. Both were competent, with occasional highlights, but neither properly competed with their best work. It’s safe to say that There’s A Riot Going On will be positioned far higher up that list.

The early stages are where parallels to some of their most loved albums can be drawn. Shades Of Blue is pastel coloured, understated pop, with Georgia Hubley’s vocals as beautifully subdued and lachrymose as ever. She May, She Might is the standout track on the album, an example of how they can produce under-the-radar, layered melodies that bed themselves deep into your psyche (whilst also confirming Ira Kaplan’s voice to still be a delicate, enveloping force). The guitars on For You Too are the most turned-up they get on the album, motoring along prominently (but still some way off the louder, more sprawling tracks of previous albums). Polynesia meanwhile is delivered as if on a small boat, being blown across an especially calm sea, all off-centre wooziness and slowed down tropicalia.

Dream Dream Away marks the point where the album heads off in a different direction. There are shades of John Fahey in how the acoustic guitar unfurls and gradually it drifts into high altitude ambience. The middle of the album sees the focus switch towards instrumental pieces, and when voices do re-appear they are even more unobtrusive than usual. Yo La Tengo have previously created music that could be termed ambient but it was always in a context where guitars weren’t far away – it’s never been as pure as found on tracks like Shortwave. This is sun-scorched, deep listening which is closer to the likes of Stars Of The Lid and Tim Hecker (in his quieter moments).

Above The Sound sees bobbing, coalescing percussion appear among the ambience and Let’s Do It Wrong features a further blending and merging of the different sonic elements. By this stage we’re deep into the ether. We’re brought back to the surface somewhat by What Chance Have I Got, which suggests what a Yo La Tengo song reimagined as a watercolour painting might sound like. Esportes Casual acts as a fun and refreshing interlude, built around a sunshine-infused bossa nova shuffle and seeming to soundtrack a summer beach party (had the organisers seen fit to book one of America’s premier alternative rock bands). The closing stages see a slightly more familiar Yo La Tengo sound partially re-established.

There’s A Riot Going On takes longer to reveal its treasures, but ends up being an enduring and rewarding listen, their best since 2009’s Popular Songs. The Sly & The Family Stone-aping title is arguably the most political they have got (a fact that reflects the subtlety and nuance that they operate with) and is a very Yo La Tengo response to the unstable, troubling times we currently live in. In years to come it may well be seen as the album that reinvigorated and renewed their already illustrious career.