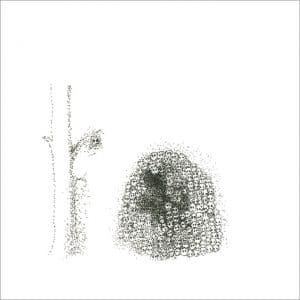 Revisiting old work isn’t uncommon, but rarely is it entirely rewarding. Artists from Kate Bush to Will Oldham have rehashed songs with varying degrees of success, and no doubt differing motivations. While it’s not wholly clear why Yoko Ono has chosen to reimagine this particular set of songs, it is a revealing, career-spanning collection nevertheless.

The album begins with a stark version of the title-track from 1995’s Rising. “Warzone, we’re living in a war zone” she sings, and while the sentiment is neither particularly inspired or illuminating, the track is disturbing in a way that few of the young pretenders can truly muster and a world away from the rollicking pulse of the original. The lullaby lilt of Now Or Never, minus the soft edges of the 1973 take, lends the track a welcome unsettling edge, but as with much of the record, the lyrics feel too crude for these times.

Largely the album eschews radical makeovers for minimalist refashioning. Stripped to their bare bones, Ono’s voice and lyrics are pushed further to the tracks’ foreground and while she was once a leading progressive and provocateur, times change. Woman Power perhaps betrays this generational gap most thoroughly. The track’s psych-rock overtones are intact, but her message has diminished in power. Her charge for gender rebalance seems to rest on the sheer invocation of the title – and something about teaching lads to knit – which she seems to believe will somehow crush the patriarchy. “Make no mistake about it sisters, we women have the power to change the world” she enthuses, but the world has changed, and the platitudes of yore are no longer efficient means to tackle the complexities of modern discourse around gender and inequality.

The most contentious adaptation will no doubt be Imagine. Whatever Ono’s many detractors have to say about her efforts, it has offered her the opportunity to reclaim her role in its creation, and possibly to reflect on its naive sentiments with the benefit of time. It is, of course, unimaginable that she would crush its profound sentimentality, but intentionally or not, she answers John Lennon across the decades with a minimalist approach that feels more like a sad lament for what might have been.

“Where do we go from here?” she asks on the song of the same name, thus issuing the most dispiriting line of the record. Originally it felt like a genuine question, now it feels sadly rhetorical. Moreover, that she continues to broach issues she began exploring with her late husband all these years later is perhaps the most telling fact about the album, as is the generally elegiac tone that pervades the record. If by representing these protest songs Ono intended to convey how little has changed since she first recorded them in the spirit of social activism then she has succeeded, but Warzone also highlights how the conversation has evolved.