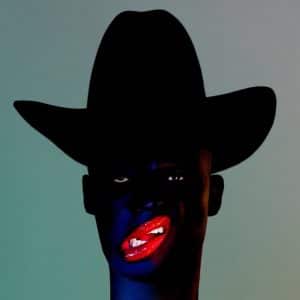 “Nothing but a barefaced lie/Is all you cunts can hold on to.”

A lot has gone down since the unshakeably fierce sentiments of Young Fathers’ single Shame soundtracked, at least for this reviewer, the 2015 UK General Election. The success of their first two records (one a Mercury Prize winner, the other Say Award nominated) has done little to tame their truth-seeking instincts. In the three years since this powerfully prescient track was released, Young Fathers have deepened and expanded their purview with the dazzlingly incisive Cocoa Sugar.

Rather than open the record with one of the two excellent lead singles, the trio opts for a brace of left-field choices. The minimalist See How attempts to preserve heart, but tellingly concludes with the admission, “see how it goes”. The even more experimental work-like rhythms and disjointed piano of Fee Fi further push the boundaries of pop music’s perceived limitations. But as inventive as Cocoa Sugar consistently is, it’s also an accessible record, and historically the best pop music has embraced both innovation and approachability.

Throughout the album the group retain a grit in the production of their songs which fortifies and grounds the profound longing of a song like In My View, as rolling, magnetic rhythms reinforce the narrators claims to “really wanna take your honour” because “I’m a greedy bugger”. Equally, the open-hearted Lord is rooted with by brutal bass heavy synth stabs that lend a pragmatic slant to the candid confession: “Love is blind/her love is kind/her love is mine.”

While love may be blind, Young Fathers are acutely aware that the world, as a whole, isn’t. The tropical, undulating beat of Turn soundtracks the songs central challenge that homogeneity, with regards to race, is merely destructive, and that differences should be embraced: “I’m not like you/I’m nothing like you/Don’t you turn my brown eyes blue/I’m not like you.” It also explodes the myth that provenance has any true meaning when it comes to outcome. Young Fathers argue that actions, rather than random birth places, are what makes you. Geography and given social standing, in that respect, are rendered meaningless: “And you ain’t wrong/ To use your skills/ To get where you belong… You take your chance/ But you are not special/ Learn your lessons/ No such things as blessings.”

It’s a sentiment further explored in Border Girl and Holy Ghost. The latter expunges hollow patriotism and the tyranny of masculine governance, just as Toy savvily exposes the powerful as “a broken little toy/ You silly little boy,” which could extend to any number of leaders. Young Fathers set out to disconnect themselves from enslavement to money and power, or to separate themselves from the roaches as they sing on Tremolo. But they’re equally aware that this takes a shift in all of us to achieve. Wow is possibly the best take-down of the so-called ‘selfie generation’ yet. The dead-eyed repetitions of empty platitudes highlight the need to relinquish those echoes “ego” that ring out as the track builds. And build it does; for all Cocoa Sugar’s piercing and important insights, it is also a record of huge soul, gripping tunes, and deep compulsive grooves.

With this record Young Fathers have managed a perfect synthesis between what they are saying and how they choose to present that sonically. Yes, this is a highly political and experimental record, but it is also a brilliant pop album. Ergo Cocoa Sugar is exactly what we need right now; intelligent and passionate music that can help towards shifting the cultural landscape (a task governments, and those in power, seem woefully inept at achieving). While there is a pervading darkness to Cocoa Sugar, Young Fathers are equally “addicted to the light,” which bodes well, as they have proved themselves one, if not the, most important bands in Britain right now.