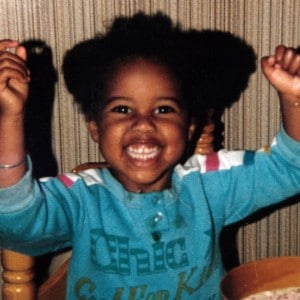 Edinburgh-based trio Young Fathers are often mislabelled “alternative hip-hop”, a term that’s (perhaps unintentionally) condescending because it suggests that hip-hop should sound a certain way and should be relegated to certain types of people. Not only is the term in general insufficient, it’s wholeheartedly inaccurate in describing Young Fathers. Not so much a hip-hop group but instead a collective that takes musical influence from a diverse array of traditionally black music, from hip-hop to soul to Afro-pop.

At the same time, the trio is often labeled “urban”, and this time accurately so; their sound grows ever more bleak, percussive, bass-heavy, and suggestive of mental isolation, or of people living alone, alongside each other, in a city. The trio’s genre-defying style defined their excellent Tape One, originally released as a free download in 2011 but re-released on Anticon earlier this year. Now, Young Fathers return with Tape Two, which continues the band’s journey into still darker territory.

From the opening warped Cuban jazz sounds of first track I Heard, you realise that Young Fathers are not a group that sticks to a single genre. Rather, they prefer to develop their own unmistakable sound independent of dynamic lyricism, one of muted bass, drums and synths, soulful, falsetto-laden vocals, slow-burning beats, and a generally mysterious aura. Second track Come To Life is certainly a hip-hop track, but with traditionally non-hip-hop flourishes, from brooding bass and synths to tribal drumming. Even more tribal is Only Child, which is unique simply because you’re so used to hearing sunnier African drum-laden songs, from decent interpretations of Paul Simon’s Graceland ouevre (Vampire Weekend) to less-than-stellar interpretations of Graceland (everybody else).

The most impressive track on Tape Two, the one that truly fires on all cylinders, is Queen Is Dead. Self-consciously rooting itself in the music of The Smiths, Queen Is Dead adopts a contemporary trap beat to complement lyrical dexterity, siren-like synths, and soft background poetry. It is a truly creepy accomplishment; when the word “money” is repeated towards the end of the song, it comes across less as a braggadocio statement of wealth, as per most hip-hop, but rather an abstract, nihilistic, emotion-free observation on the corrupting, bleak power of money a la Plan B’s Ill Manors soundtrack, El-P’s Cancer4Cure, and Killer Mike’s R.A.P. Music. Most importantly, Queen Is Dead is not only an explicit callback to a quintessential British ’80s album but also to the economic zeitgeist of the country during the same period.

If Tape Two has one fault, it’s redundancy. Less-than-one minute instrumental interlude Bones is an unnecessary extension of sounds previously explored, while Freefalling is similarly a reappropriation of tribal anthems from the album’s first half. After Tape Two’s two-song hiccup, however, comes Mr Martyr, a tongue-in-cheek track that misleadingly starts with a tambourine and drum beat oddly reminiscent of Best Coast’s Over The Ocean before delving into ruminations on the nadirs of life, from disease to betrayal, from sickle-cell anaemia to being a heartless bastard. By the time the tribal drumming returns in Mr Martyr, the song deserves to explode into a drum-led anthem, a toast to the scum of Scotland.

Overall, if Young Fathers can find a way to balance their complex combination of cultural and musical influence with their penchant for witty, surprising lyricism on all of their tracks, they are bound to become one of the most dynamic underground hip-hop groups working today. For now, it’s worth diving in to their mysteriously captivating mixture of bleak heart and soul exemplified by tracks like Queen Is Dead and closer Ebony Sky. Young Fathers are exactly as their name suggests: firstly young, but more noteworthy, brutally honest father-figures who show the music world that, when you take musical and topical risks, you get noticed.