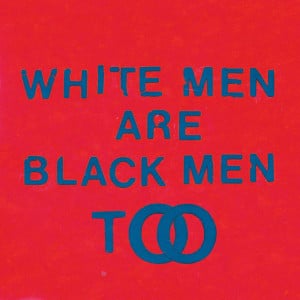 Few people had really heard of Young Fathers before they were nominated for the 2014 Mercury Prize for their debut studio album Dead. That changed when the Edinburgh-based trio surprised many by taking home the award – despite having the second lowest selling record on the shortlist – with bookmakers making the better known FKA Twigs and Royal Blood favourites for the £20,000 prize beforehand.

It was a great story for the musical press; the underdogs coming from out of nowhere to beat established and more popular acts like Damon Albarn and Bombay Bicycle Club. Yet it was a story Young Fathers were not particularly interested in playing up. After giving a brief acceptance speech, they downplayed the importance of the win, before refusing to talk to music journalists from right-wing newspapers.

While the band have always stated that they want their music to be heard by as many people as possible, their stance against the tabloids simply demonstrated that they are not willing to compromise their principles in the process. Young Fathers’ reluctance to be categorised was evident in their eclectic award-winning first album and it is even clearer in their follow-up, White Men Are Black Men Too.

First, there’s the potentially controversial title, which the band – made up of ‘G’ Hastings, Alloysious Massaquoi and Kayus Bankole – had to defend when their management raised concerns about how it would be perceived. “We came at it from a different angle, a positive angle. It’s got issues of race and so what?” said Massaquoi. “Why should it be discussed behind closed doors and never confronted head on?”

That’s exactly what White Men Are Black Men Too does; it confronts the issue of race head on. Yet rather than doing so through the loosely defined hip hop of their debut, Young Fathers’ second album aims to deal with equality through pop and rock. In reality, the sound of the record is much more complicated than that. It is the trio’s interpretation of what a pop album should be, as demonstrated by opener Still Running, which combines a repetitive beat and a screeching guitar riff with sweet keyboard keys.

Shame is a more obvious example of the band’s new musical direction, with its infectious beat and soulful yelping drawing comparisons with TV On The Radio at their addictive best. Lyrically, it’s as fearsome as ever (“Nothing but a bare face lie/ is all you cunts can hold on to/ I suggest you downgrade fast/ before it’s a shame on you”), with the repetition helping to establish Young Fathers’ pop sensibilities.

WMABMT is certainly not pop in the conventional sense, though, with tracks such as the infectious Rain Or Shine and 27 – which reflects on the age that took the lives of Jimi Hendrix and Kurt Cobain – delivering the trio’s own darkly skewed version of the genre. Then there’s the comforting warmth of Nest and the almost joyous John Doe, where Young Fathers use pulsating hooks to draw the listener in, before delivering their incisive political commentary.

Nowhere is the band’s intent clearer than on Old Rock n Roll, which is the song from where the album’s title was taken. It is arguably the most abrasive track on the record, with its chunky hook providing the foundation for the challenging lyrics (“I’m tired of blaming the white man/ his indiscretion don’t betray him/ a black man can play him”). The song’s claustrophobic intensity is only heightened by the rolling lo-fi beats, while its message is undeniably thought-provoking.

Ultimately, there is no getting away from the fact that WMABMT is a remarkable album. In fact, it is hard to think of anything else quite like it. Young Fathers have ensured, once again, that they are in no danger of being boxed in or categorised by any one genre. While that may not be ideal for those attempting to describe what their latest effort sounds like, it provides a perfect platform for them to fearlessly explore issues surrounding race equality and ask the questions that need to be asked.