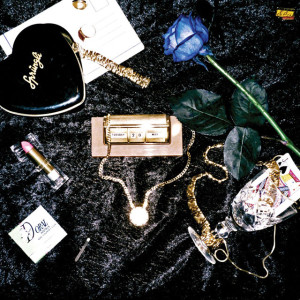 Beneath Fucked Up’s gruff hardcore exterior, there’s always been an implicit sense of melody and pop adventure. These sensibilities were probably most evident in their spin off concept album David’s Town (a fake compilation that explored the British pop scene of UK town Byresdale Spa) but they’re also buried deep in the band’s most savage work.

Young Guv is the current chosen moniker for Fucked Up guitarist Ben Cook and, on the evidence of Ripe 4 Luv, it would not be too much of a stretch to suggest that Fucked Up’s penchant for harmony comes primarily from him. What’s surprising about this side project is that these songs bear precisely no resemblance to Cook’s hardcore roots at all, and this album is packed with nothing but finely crafted power pop songs.

Yet, it shouldn’t be all that surprising; as it transpires Cook is quite the dab hand at pop songwriting and has ghostwritten for the likes of Taylor Swift, Kelly Clarkson and Simple Plan. As he stated in a recent interview: “If someone comes knocking, and they want to pay you for writing a song, I’ll fucking do it.” Which might jar with the same people that got in a panic over John Lydon appearing in a butter advert, but if it gives an artist the means to pursue their own path, what’s that harm? Similarly his refusal to separate styles of music (“It’s all pop music…it’s all the same”) is precisely why it is possible for someone in a hardcore punk band to produce an album that, by rights, should be a pop sensation.

It all starts off in low-key fashion, anyone expecting a grandiose pop-statement (or hardcore invective) will be immediately wrong footed by the opening track Crushing Sensation. Its ramshackle tin-pot drum machine backs a basic guitar line, sounding for all the world like a demo-recording, or a work in progress. Yet as soon as Cross’ falsetto vocal takes over and starts layering up the harmonies, it takes on a life of its own. Those familiar with the early Ween recordings (pre-Chocolate And Cheese) will recognise a little of Dean and Gene’s influence on the song.

Things really start moving with Ripe For Love, which could easily be the best song Prince never wrote. The falsetto vocal remains, as does the stripped back accompaniment, but more forceful drums and a taut bassline give it real purpose. The real strength lies in the vocal harmonies and arrangements which are like a kind of sonic crack; once heard, they stay lodged in the pleasure centres forever. Wrong Crowd closes the album in laid back lounge-funk fashion, proving Cross’ flexibility as a musician and his ability to not just leap across genre boundaries, but ignore them completely. That it tells the story of a wrongfully imprisoned man is easy to miss such is the strength of the song’s groove.

It’s not all lounge funk and sweetened pop. Crawling Back To You is roaring indie guitar pop with more hooks in it than a fisherman’s hat. In a similar vein is Kelly I’m Not a Creep, which exploits sun-kissed guitar pop. If The La’s had lived in LA, it would have sounded like this. Dear Drew rattles along with a drum track that is pure ’70s glam rock, and a set of lyrics that could be repurposed for Yo Gabba Gabba! in order to encourage children to sleep through. The hazy laid back drawl of Aquarian is the album’s strangest moment, coming on like a lo-fi lizard in a smoky bar, yet it fits in with Young Guv’s raison d’être, which appears to be taking stock of his numerous influences and making them his own.

At only 33 minutes long, Ripe 4 Luv doesn’t hang around, but it doesn’t need to. There’s not an ounce of fat to be found. It might be a little lo-fi in places, but it doesn’t matter, this is the definition of an album that is all-killer-no-filler. Music might be all the same when all is said and done but those making it aren’t; this album confirms that Ben Cook is a master of the art.