Youth Lagoon – The Year Of Hibernation 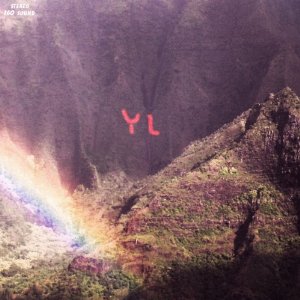 Youth Lagoon’s The Year Of Hibernation is, quite simply, magic. Trevor Powers, a 22-year-old Idahoan, has somehow created in his own bedroom an album that arcs and soars, that sounds at once confident and achingly intimate, and he’s done it all on his own, using his Youth Lagoon moniker to unpack the sorts of feelings that haunt everyone who’s ever grown up.

Youth Lagoon’s music is often sparse and always carefully calculated and controlled, awash with digital buzz, swirling piano, and building beats. And hovering over it all like a spectre in a fog is Powers’ haunted, distant, croaking voice, shaking with nostalgic longing and perhaps whispered so as not to wake the neighbours. It’s difficult to believe that Youth Lagoon is the work of one man – and a very young man at that – but once you wrap you mind around that, it’s easy to imagine Powers as the lovelorn insomniac, sharpening his musical creations and laying out perfect dynamic soundscapes, hunched over headphones and searching the void for connection.

There’s a sort of heavy, eerily universal nostalgia that permeates The Year Of Hibernation; as its title suggests, this is a sleepy album, perfect for daydreaming, but it’s by no means background music. Over the course of its scant eight songs, many moments demand pause and even reflection. Many tracks build slow, and continue their ascent to incredible heights (Afternoons being a prime example of what Powers can do with his fragile voice when it’s enveloped in whirring, affecting orchestration).

“When I was 17,” Powers sings on 17, “my mother told me never stop dreaming. The day that you do is the day that you die.” There’s a tin-can quality to Powers’ vocals that make him seem transported from another time, a distant time far removed from today’s fad-driven musical world. He sounds both intensely modern, a product of a generation well-versed in living publicly, and strangely old-fashioned, broadcast from a great distance over a scratchy AM radio transmission; to move at all would be to risk upsetting the delicate balance that has brought this signal to your ears.

July is the album’s standout track, building slowly and stretching out to a pounding conclusion, Powers abandoning the safe shores of his familiar falsetto for something more visceral, a near yell, uncontrolled at last and sloshing with emotional release. As the song breaks down to plinking piano hits before a final far-off sigh from Powers, the listener continues to feel its effects. Daydream incorporates a nimble, angular guitar riff and sonar pinging over a sparse, driving synth line and a pounding bass beat.

The Hunt ends the album on a jubilant high note, and suddenly The Year Of Hibernation is over, only to be replayed again and again. “I’ve got more dreams than you’ve got posters of you favourite teams,” Powers sings on Cannons. Here’s hoping that’s true, that Powers does indeed have dreams upon dreams waiting to be channeled into sound. The Year Of Hibernation is a powerful bit of emotional alchemy, arresting and enchanting in its naked simplicity, and Powers has accomplished a tour de force far beyond his bedroom walls or his 22 years.