Yves Tumor – Safe In The Hands Of Love 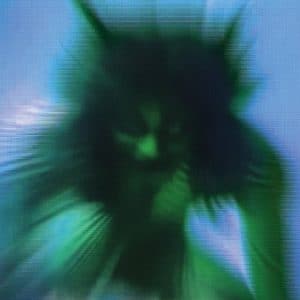 Yves Tumor’s third release and Warp Records debut is hard to describe, as it seems to play tricks with the listener’s expectations. On the pre-released track Noid, for example, the focus seems to be on songwriting as a rockish groove accompanies a verse-chorus structure, ominous lyrics and a string sample that is later supplanted by darker textures.

But other tracks eschew that convention completely, such as the Arca-influenced Economy Of Freedom, which is in the vein of experimental electronic music, and the chaotic monologue of Hope In Suffering (Escaping Oblivion & Overcoming Powerlessness), which is far more avant-garde than that.

The production on Safe In The Hands Of Love is lo-fi, and this at times leads to the instrumentation blending into a mulch that defies dissection, and many of the tracks, even the most intense, feel like they could fall apart at any moment. However, for every distorted, overbearing track like Let The Lioness In You Flow Freely, there is a relatively gentle track like Licking An Orchid (featuring James K) that upends expectations once again.

There is something more abstract than style or substance that binds these tracks together and gives the record consistency. It might be that all the tracks here express vulnerability on some level, whether it be the pleading vocals that fight for prominence in the raucous closing track (“Let me be the one to hold you tight / No other girls could treat you right”) or the plaintive guitar loop of Recognizing The Enemy which opens the track and feels weak, distant, lost.

It gives the album an air of lateral thinking, and makes for a truly enthralling listen. Safe In The Hands Of Love is a fascinating synthesis of rock, plunderphonics, bass music and noise from an artist that remains stubbornly undefinable.