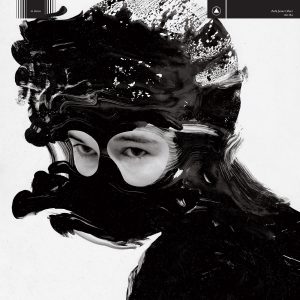 The sixth album from Nika Roza Danilova under her Zola Jesus moniker finds her not just perfecting her sound (a sound that to be honest, wasn’t far from perfect anyway), but making a massive step towards understanding this thing that we call life.

Having struggled with a depression that made writing virtually impossible, Danilova moved from Seattle and back home to Merrill, Wisconsin where she attempted to rebalance her life. Whilst there, she got herself back on track, but realised that those around her were struggling in their lives too; a close friend was diagnosed with terminal cancer, whilst another attempted suicide twice.

Facing something of an existential wobble, Danilova used her experiences and those of her acquaintances to fuel her songwriting and in doing so, she’s discovered that there’s not an answer to life, but that it’s ok to just “be”. The result is an album that is not just her most fully realised to date, but it sees the evolution of her sound taking another step; this is a document of Zola Jesus and Danilova as she was, holed up in the woods in Wisconsin, surrounded by wild turkeys and bears, trying to make sense of it all.

Considering that Okovi means shackles in every Slavic language, it would be reasonable to expect this to be something of an oppressive album. There are moments when there’s a definite Gothic tint, but Danilova’s experiences and understanding of life (we’re shackled to it, but the possibilities are in our own hands) mean that it is actually bathed in positivity. If you know where to look.

This is not to say that Danilova’s take on life, control and existence is always an easy listen. On the surface of it, Soak is a glorious sounding celebration that revolves around the hook of “you should know that I will never let you down”. The fact that it is written from the viewpoint of the victim of a serial killer who accepts their fate is pretty well hidden, but the feeling of freedom that comes from living in a moment, stripping away purpose and achieving a sense of peace is unmistakable.

The first of the three songs that address her friend’s suicide attempt is Witness, switching to stripped back classical mode, as elegant as it is (Danivola’s vocals here are absolutely wonderful) it hits hard with its message of love and concern. Siphon, the second song concerning suicide taps explores denser, Trip Hop territory. “You write a note, we write a eulogy” croons Danivola as the song slowly comes to life and she states her position. “We’d rather clean the blood of a living man, we’d rather lean over, hold your warm, warm hand… we’d hate to see you give into those cold, dark nights inside your head” might not sound like the catchiest set of lyrics, but Danivola somehow manages to make them into an impressive earworm. The instrumental Half Life closes the trilogy and the album and its classical strains and haunting vocal tones continue to linger in the mind long after the album has finished.

On the fingerclicking, laidback wash of Wiseblood, she questions the point of being stuck in a situation and not making a change “If it doesn’t make you wiser, doesn’t make you stronger, doesn’t make you live a little bit, what are you doing?” By the song’s end, you’re questioning your life too. Remains follows and ups the tempo a little and throwing a little Gothic Pop into the mix whilst still questioning life. “Is this all there is, or am I blind to it? I tried to open up, but I find nothing” Danivola sings, establishing once again the apparent void at the centre of the album and her way of thinking.

Whilst NOTHING is one of the key concepts of Okovi, it would be wrong to suggest that there’s not something going on here. This is the sound of someone reassessing, reaffirming, and giving themselves and others a reason to live and to keep passing the open windows. Sometimes it sounds bleak, sometimes it sounds glorious, but it’s in embracing the full gamut of life experience, as Zola Jesus does here that nothing becomes everything. The shackles might still be on, but this is the sound of an artist reveling in freedom.