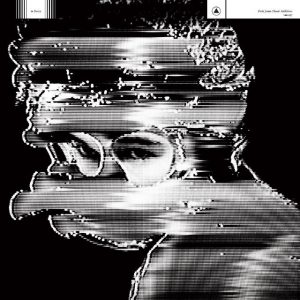 Additions features four tracks that didn’t make it onto 2017’s Okovi and four remixes. As such, it’s quite a peculiar release, but only a complete fool would turn their nose up at the opportunity to hear some new Zola Jesus.

Figuring out quite why these songs didn’t make the cut is a fruitless exercise, these four offcuts would have nestled quite happily in an extended version of Okovi without ruining the feel of the album or causing a decline in quality.

The scampering rhythms and ominous repetitive motif that populate Bound instantly recaptures Okovi’s Gothic feel. The gentle piano and gorgeous vocal harmonies that form Pilot Light make for perhaps the best of the previously unheard material; it simply smoulders gently and beautifully without ever bursting into an overwhelming power ballad. Going overblown isn’t always required, and in just allowing the song to build gentle and fade, its emotional power is far more resonant.

The remixes are something of a mixed bag. Ash To Bone is recast as a pop song in the hands of Johnny Jewel and as might be expected from Wolves In The Throne Room, Exhumed is stripped of its grandeur and given a guitar scree sheen and black metal overhaul. Both versions just about work, but don’t really add much or take things in an unexpected direction.

It’s a different story with Katie Gately’s take on Siphon however. It focuses on two lines of the original song and builds them into a repetitive meditation that somehow turns song about a failed suicide attempt into something that feels expansive and joyful.

Similarly Joanne Pollock’s version of Soak places Nika Roza Danilova’s vocals at the centre of a polite struggle between gothic electronica and a orchestra. It’s a relatively stripped back affair, but foregrounds the emotional resonance at the heart of a song that was already drowning in emotion.  A fine addition to the Zola Jesus discography, pun intended.