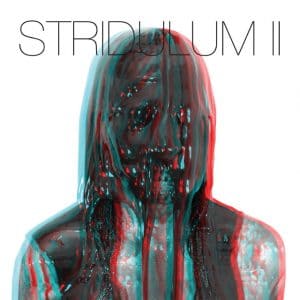 Zola Jesus have the mainstream acclaim and the underground backing, the interesting opera-singer-cum-alternative-band-front-woman back-story and the token celebrity fan in Lady Gaga. A breakthrough seems imminent.

Nika Roza Danilova is the voice behind the project. The biography links her 10-year study of opera to her unique childhood in the woods of Wisconsin (“raised by wolves”), combining her upbringing with an interest in avant industrial, consequently starting Zola Jesus. 20% of the above is likely to be true; any future mentions of it in interviews will most likely receive subdued, slightly impatient responses from the lady concerned.

But then it’s something to work with, as the majority of thought surrounding Zola Jesus comprises of little more than sheer mystery. Danilova’s voice, although always at the forefront of the mix, is backed by abstract synths, dark and brooding, and minimal drum patterns, all of which make up Stridulum II, an extension of the Stridulum EP released earlier this year.

The influence of the “witch-house” genre doesn’t remove any accessibility from Zola Jesus’ sound, particularly in Night – the mini-album opener. Danilova’s voice sounds far from operatic;extending vocal chords to unreachable heights, straining her sound and exposing a heartfelt relief in the words “In the end of the night, you’re in my arms”.

Amongst the passionate cries and the darkening electronics comes a very simple, often used melody. And it exemplifies the fact that Zola Jesus are at their best when they stray into complete pop territory, whilst keeping to their experimental roots. You can say exactly the same for Bat For Lashes; and both parties are guilty of occasionally putting pride before potential, shying away from recording the divine pop song we all know lies within them.

Sea Talk produces similar results to the opening track. As one of the three extra songs added onto the original EP, it beautifully builds up to a grand piece; immediate and anthem-like. Far too often however, the melodies aren’t developed, Danilova choosing to ground them beneath synths that don’t resonate, alongside her overwhelming voice (see: Manifest Destiny, Stridulum, Run Me Out).

That voice is nevertheless an integral part of Zola Jesus’ appeal. Its earnestness and unique slant are the opposite of operatic convention. Comparisons to Florence Welch may be forthcoming but as opposed to Welch, you sense a greater awareness of lyrics with Danilova, a history and meaning behind her words. Stridulum II is an extensive introduction to this exciting new project but, in exposing early weaknesses, it gives room for development.