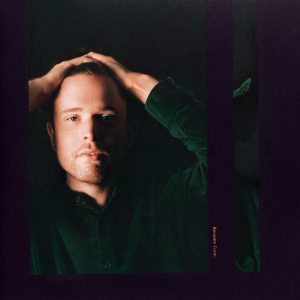 James Blake is an odd product of his time. A songwriter and producer who started his career in the nebulous post-dubstep genre, he has spent the last few years at the heart of the American rap and R&B scenes in a way that would been completely implausible for his forebears. He can work with Oneohtrix Point Never and Jay-Z simultaneously, nobody batting an eyelid, and while such versatility runs the risk of leaving an artist faceless (as was the case with Hudson Mohawke) Blake uses the creative freedom to his advantage throughout Assume Form, his fourth record and his most diverse.

There are times when the lineage of Blake’s previous work is clear: Are You In Love?’s gentle organ chords bring to mind his contributions to Blonde by Frank Ocean, while the dark, dusty piano loop of Where’s The Catch? is very ELEMENT., but there is also new ground broken here. His collaboration with Travis Scott, Mile High, sees him slip seamlessly into a mainstream trap track, deadpan vocal delivery slathered with autotune over woozy Metro Boomin production. It shows remarkable chemistry, as does the following track Tell Them which exquisitely melds Moses Sumney’s eerie tones to another Metro Boomin track.

His piano playing recurs regularly, although mostly in a digitally altered form. The opening title track utilises self-sampling, a blissful cascading sequence that repeats back on itself idiosyncratically, while elsewhere it has an effect similar to that of Mobb Deep’s mid-90s work. That playing finally appears in the raw near the end of Don’t Miss It, but it isn’t to last, and the sound of those expressive chords wobbling, their sequence cut short and looped, before reverting back to their original, hobbled form is sublimely powerful. Blake’s vocals wobble in the same unnatural way as he implores you to embrace happiness, and a perfect symbiosis is created.

It was this track, as a pre-released single, that Pitchfork labelled “sad boy music” – prompting a written response from Blake about men expressing their emotions in music – but what’s more notable about Assume Form is how much happier the lyrical content is on other songs. The album was inspired by his partner Jameela Jamil, and it shows on the utterly beautiful I’ll Come Too, a lush Bruno Nicolai sample underscoring smitten vocals (“oh, you’re going to New York? / I’m going there, why don’t I come with you? / oh, you’ve changed to L.A.? / I’m going there, I can go there, too”).

Can’t Believe The Way We Flow continues on this wavelength, with a chipmunked flip of The Manhattans’ It Feels So Good To Be Loved So Bad tethered to a bassy drum track as Blake extolls the virtues of having someone to spend your days with. It’s a far cry from the moody vocals of his debut self-titled album, those abstract concepts and mantra-style repeated phrases giving way to more grounded, conventionally structured songwriting. The contented sound of these songs is endearing as well, a response that his music doesn’t always evoke.

Assume Form finds Blake sonically in a state of equilibrium, having found two niches over the course of his career that suit him equally well. They complement each other well, and as the record ends with the soothing but wry Lullaby For My Insomniac (“sleep happens to you, it’s not a failure if you can’t / in any case, you will at some point fall”) it’s clear that the polymath has made an album that allows him to indulge his multiple talents without being self-indulgent: a record of its time and for its time, and one of his best.