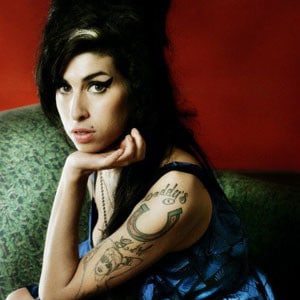 Welcome to the crazy world of Amy Winehouse. If there’s one thing this girl believes in, it’s doing things her own way, but tonight that philosophy is faced with adversity. After finishing her make-up routine, she stumbles around the stage, croaking inaudibly, causing many to worry that she’s perhaps a little worse for wear. It turns out she’s got a stinking cold. The poor lass can barely talk, but there’s no way she’s going to let that stop her tonight.

Behind the media image of the mouthy, boozed-up hellraiser is a total professional who puts her heart and soul into every performance, and she appears visibly frustrated and even upset at times that her voice prevents her from reaching her own high standards tonight. Apologising continually during her hour on stage, she just wants to give the punters value for money, but she needn’t worry. An off-form Amy Winehouse gig is still a unique, captivating experience.

The surprising choice of small venue creates an intimate atmosphere, and if you squint – what with the blue lighting and smoky atmosphere – you could almost be in a dark bar in New Orleans, witnessing a jazz starlet bare her soul.

Possessor of possibly the best female soul voice in the country (sorry Beverly Knight), Amy Winehouse could send shivers up your spine by singing the phone book. Some are hampered by the vocal problems: Back To Black is prevented from being the show-stopper it is on the album, and the vocal acrobatics of Me And Mr Jones prove beyond her, but lesser “stars” wouldn’t have even bothered to turn up.

She jokes that it doesn’t matter if she ruins her voice anyway, as Katie Melua can just take over the rest of the tour. Such an idea seems preposterous, but remember how she was originally placed in the easy listening bracket with Melua and the other Radio 2 favourites? An injustice that thankfully seems to have been corrected with the new album. There was always more to her than middle of the road jazz, and the sass of Stronger Than Me and set closer Fuck Me Pumps sit comfortably next to mega-hit Rehab.

With that magnificent voice in good nick, this would have been a five star night, no question. Her lovable, quirky charm and 100% commitment (and a few cups of ginger tea) carry her through, and pull a triumphant set out of the bag. This is a bona-fide soul diva, a million miles from the vapid Mariah Carey kind, and surely greatness beckons.