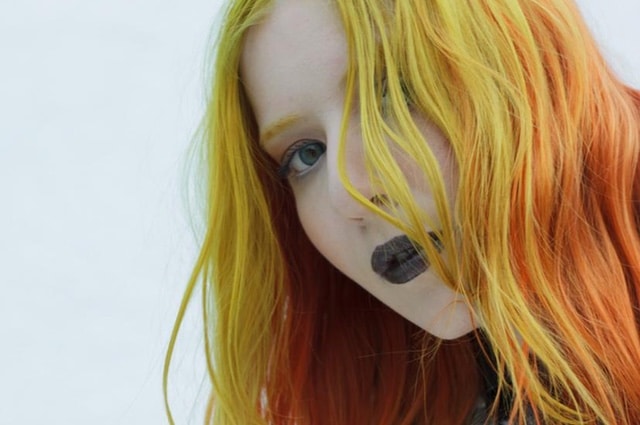 The London date of Austra‘s latest tour, part of the fourth Convergence Festival, happens on the day several die in a deranged terror attack on the Houses of Parliament. Given that the band are promoting a new album named Future Politics, which was described by them as “a commitment to replace the approaching dystopia”, some kind of statement on the atrocity might be expected. Would Austra invite the audience to come together, to celebrate unity and to escape, for a moment, the distressing state of current affairs?

Actually, no. The band were not communicative tonight. Katie Stelmanis, singer, writer and producer, went through several songs before uttering a polite, “Hi London, how are you? Thanks for coming.” She said nothing more until the very end, when she remarked that it was nice to be back in town and to see everyone’s faces again. Of course, musicians don’t have an obligation to talk politics; music is an end in itself. But with the album bearing the name it does, it felt as though a little engagement with the news might have been appropriate.

There’s no doubt Stelmanis is a fantastic singer. Her operatic background shows through in the soaring range she brings to the stage. Her voice has something of the sky and air about it – graceful like the beating of a seagull’s wing. In a floaty marigold smock dress and with bright blue eyelids, she appears on stage like a daffodil, as natural and effortless as the onset of spring.

The purity of her voice contrasts with the band’s grungy take on synth pop. The distorted pulse of an electric drum kit resounds around the brick walls of the Village Underground, a former Victorian coal store, giving an industrial feel to the performance – as though Stelmanis is singing over the thuds and shrieks of a noisy factory. Behind the musicians, purple bulbs illuminate a white curtain. Beams of multicoloured light flash and whirl, giving the lurid look of confectionary that contains too many E numbers.

Comparisons with Bjork seem appropriate, and, helpfully, Stelmanis has recorded in musicOMH that the Icelandic singer’s Vespertine album was an influence. In the same article, she said Deep Cuts by The Knife was another inspiration. Karin Dreijer Andersson, half of the duo, sounds a bit like Stelmanis, especially on her Fever Ray solo project.

Another comparison might be with Kate Bush. However, Stelmanis seems, tonight, to be rather less eccentric than the singer of Wuthering Heights. Otherworldly, perhaps, but not extrovert. And that, in a way, is the problem. Although the band is competent, the singing superb and the new album strong – though not quite as catchy as their previous effort, Olympia – there is something lacking. Some artists bring electricity to the stage simply with their presence, but tonight Austra do not achieve this feat.

That doesn’t seem to disappoint the crowd in the sold-out venue. The show picks up around two-thirds of the way through with the pulsing track, Beat and the Pulse, from the band’s debut album, Feel It Break. As the lights turns red there is, for the first time, an atmosphere of shuddering energy. But it doesn’t last and when the band leave after a three-song encore, the crowd dissipates without the kind of post-auditory bliss that follows a really great show. A measure of a live performance, especially an electronic one, is how much it differs from home listening. Tonight, without much in the way of audience engagement, the answer was, not a lot.