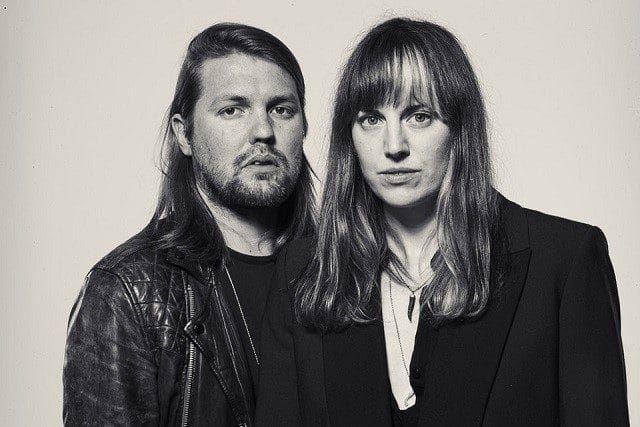 Going up against the final season premiere of Game Of Thrones would be a daunting assignment for any band. The worldwide television phenomenon certainly worked its magic in Bath on Monday night as giddy fans poured into one local pub to watch the battle for Westeros together, complete with a cardboard cut-out of Kit Harington (yes, really). Nevertheless, Band Of Skulls were more than ready for the challenge.

Admittedly, the sparse crowd at Komedia was less than the Southampton duo – drummer Matt Hayward left back in 2017 – would normally attract, but it did not prevent Russell Marsden and Emma Richardson giving it their all to their dedicated followers. In fact, if anything it presented them with an opportunity to showcase their latest album, Love Is All You Love, in a more intimate surrounding befitting their new direction.

With Hayward no longer in their ranks, Marsden and Richardson changed up their writing process and took a more experimental approach to their previously unwavering commitment to rock and roll. And they provide tantalising glimpses of this shake-up during a set that balances the old and the new with a steady hand, kicking the show off with That’s My Trouble – one of the few heavy rock songs on their fifth record.

Even though it slips seamlessly into another headbanger in You’re Not Pretty But You Got It Goin’ On from 2012’s Sweet Sour, placing the two alongside each other hammers home just how much more refined and potent their sound has become. This is partly due to the influence of pop producer Richard X (Sugababes, M.I.A., Pet Shop Boys), whose imprint is more telling on We’re Alive, with its glossy, sing-a-long chorus going down a treat.

The transition in their sound is further signposted by many of the song choices on the night, with old favorites such as Himalayan and So Good showcasing how far Band Of Skulls have come since they burst on the scene with Baby Darling Doll Face Honey in 2009. And the reception Cool Your Battles, the lead single from Love Is All You Love, receives on the night suggests their euphoric turn is being embraced by fans.

But while there is plenty to love about the direction Band Of Skulls are heading in during their live show, Marsden and Richardson are not about to completely forget the songs that thrust them into this position. The opening refrain of Patterns instantly ignites a cheer from those in attendance, with its ridiculously infectious chorus prompting the band and audience to unite as one, while the anthemic Fires comes close to matching it.

The big hitters then make their grand entrance as the set begins to wind to a close. The squalling wail of Sweet Sour starts a hard-hitting run of blockbuster singles, allowing Marsden to demonstrate his solo guitar work to full effect, before Hoochie Coochie’s sleazy ‘70s throwback riff provides its usual fun romp. There is a brief interlude for the slower-paced and reflective Cold Fame, but the final act is largely a full-throttle party.

Asleep At The Wheel and The Devil Takes Cares Of His Own are both heavyweight numbers, delivering a show-stopping one-two combo, with the latter’s crunching guitar riff reverberating around the relatively confined surroundings of Komedia. I Know What I Am ensures Band Of Skulls leave everyone wanting more and despite Marsden’s insistence that it would be their final song of the night, the encore is all-but inevitable by this point.

Light Of The Morning’s classic stop-start formula is quickly introduced on their return to the stage, before signature single Death By Diamonds And Pearls provides a slam dunk finale. Except, rather than ending there, Marsden and Richardson ditch their guitars to close the show with Carnivorous, with the duo jumping into the audience for one last hurrah. It’s a satisfying conclusion to a set with enough thrills to match even Game Of Thrones.