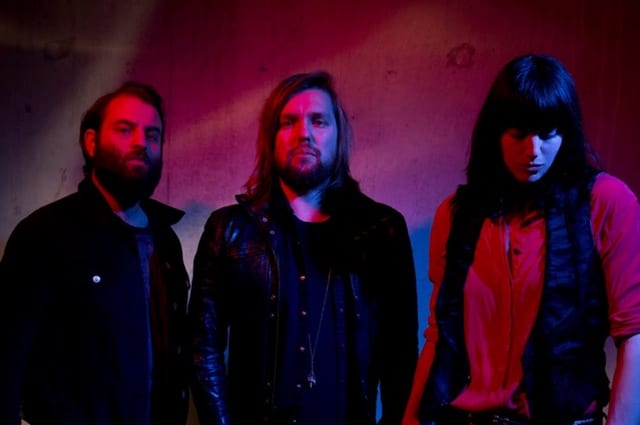 Despite now having four well-received albums under their belt, Band Of Skulls still fly under the radar when it comes to the British rock scene. The Southampton three-piece are yet to make the transition from reasonably sized clubs like SWX in Bristol to headlining stadiums, even after previously supporting heavyweights like Muse and The Black Keys. Yet it seems like only a matter of time on the evidence of tonight’s showing.

They may lack the flash of Matt Bellamy and co or the monstrous singles of Dan Auberach and Patrick Carney, but Band Of Skulls are one of the slickest live acts around and deserve a much grander setting for their bluesy, anthemic rock. From the moment the rumbling opening riff of In Love By Default fills the room, they have the audience in the palm of their hands and continue to thrill and entertain throughout their 90-minute set.

An early outing for fan favourite Light Of The Morning, from 2009 debut Baby Darling Doll Face Honey, prompts the first significant sing-a-long of the night before breaking down into its now signature outro. The strutting Himalayan – from their third album of the same name – soon follows to further fanfare, while recent single Bodies also goes down a storm thanks to its chugging guitar riff and undeniably infectious chorus.

The pace rarely relents as the trio move seamlessly from You’re Not Pretty But You Got It Goin’ On to another new single from fourth album By Default, Black Magic, which sees guitarist Russell Marsden and bassist Emma Richardson combine their vocals to great effect, as they chant: “Don’t play so innocent/ why be so innocent.” Yet the pair truly shine on the irresistible Patterns, with the song’s list structure an unsurprising highlight.

By Default is understandably prominent during the first half of the set, but as Band Of Skulls move into the home straight they begin to reel off the big hitters. Sweet Sour is one of them, largely due to its fantastically addictive two-chord repeater-riff, while the gritty, Black Keys-esque Brothers And Sisters and the Western-tinged I Feel Like Ten Men, Nine Dead And One Dying both spark sing-offs between the band and the willing crowd.

However, the true test of any rock band’s arena credentials is how they handle the quieter, more stripped-back moments and it is here where Band Of Skulls really make their mark. The devastatingly beautiful Honest allows Richardson to take centre stage as her delicate vocal has everyone listening intently, but that’s nothing compared to the response that greets Cold Fame, with the whole room joining in unison for its heartfelt chorus.

The quiet-loud-quiet structure of Bruises then provides the perfect platform for the trio to launch into one last aural assault at the end of the main set, with Hoochie Coochie’s pummeling joyride quickly injecting some energy back into the room. It is followed by the crunching The Devil Takes Care Of His Own, before Band Of Skulls’ signature single, Death By Diamonds And Pearls, leaves everyone wanting more.

And they get it – even if it is a Monday night. A rapturous welcome greets the trio’s return to the stage after a few minutes and it only intensifies when the stomping riff of I Know What I Am sets everyone off again. There is also just enough time for an enthralling version of Asleep At The Wheel to conclude another triumphant set from a band who continue to go from strength to strength as a live act. The stadium potential is there, they just need to be given a chance.