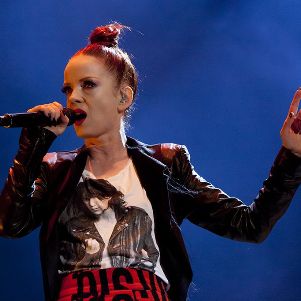 Day three was a mixed beast and BBK flaws became thrown into focus. The festival boasts four stages, but since three are in the same field there’s only one playing at any one time to avoid any sound clashes. This means that the perfectly adequate second stage is dead for most of the time and when the headliners play the main stage there’s very little in the way of alternatives. So if you’re not keen on Keane there’s very little to do but sit and twiddle your thumbs. Keane’s set was decent enough, but if they don’t float your boat there was a long time spent staring into space or counting your plectrums to see if you had enough for another beer. If a festival claims to have four stages then it should really be maximising their use and it’s fair to say that Saturday’s experience committed the cardinal sin of festivals – you should never find yourself bored.

Despite this there were some diamonds in the rough, Eli Paperboy Reid delivered a fun set to revive any flagging festival vibes, but it was The Inspector Cluzo & The FB Horns that really did the job. This French band, best described as a Gallic Tenacious D with a backbone of funk, did a great job filling the small stage and even getting everyone head-banging to a cover of Curtis Mayfield’s Move On Up before smashing up their drum kit.

You’ve got to love Glasvegas who delivered a great set, but the grey clouds hovering over them and their tragic stories of sectarian stabbings, no matter how well done seemed to only bring on the gloom. An unfortunate scheduling clash with The Big Pink would also have divided their fan base.

After that there was the aforementioned long wait through Keane to see the return of Garbage, who were well worth the hanging around. Shirley Manson and her cohorts delivered an exciting trawl through their back catalogue and dispelled any doubts that their recent hiatus has dimmed their talents. A few technical howlers aside, this was a great way to end the festival and rescued the evening from the doldrums.

To conclude, BBK Live is a well-organised festival and bar a couple of minor sound issues the fidelity of the mixing desks could teach some UK roadies a thing or two. UK festival-goers may take a while to get used to the later gig times, but that gives you a chance to explore a great city and maybe hit the beach during the day. Elsewhere, the line up was a good mix of bands and went some way to ticking all the boxes without being too conservative. However, the festival is clearly too large for its site and the limitations over the stage logistics is certainly one that needs addressing.

Never the less it’s the persistent corporate presence remains the major flaw in the BBK Live experience. We wouldn’t blame you if you prefer it instead of trudging through acres of British mud, but it makes for a pretty soulless experience and while BBK Live deserves to do well it’s in need of more of a personality if it’s to compete with local competition.