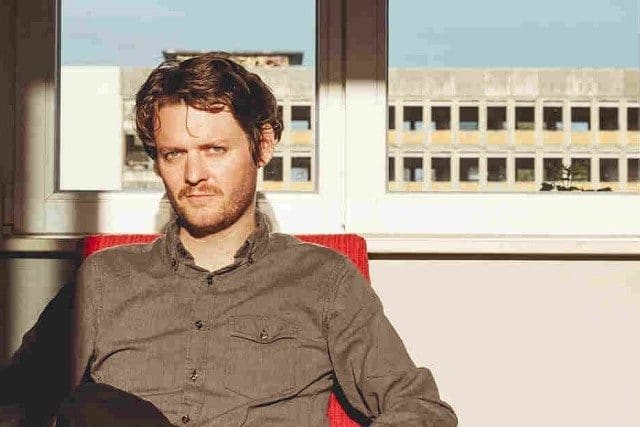 Zach Condon has got to that stage in his career as the driving force in Beirut where his focus now seemingly lies in subtly finessing and perfecting his band’s sound. Their musical modus operandi may be long established and largely unchanged – richly emotive songs embellished with golden-hued brass – but tonight’s sold-out show at Hammersmith Apollo also acted as a reminder of the degree to which they are now loved.

For sixth album Gallipoli Condon relocated to Berlin from New York and wrote and recorded most of it in Europe and it has a freshness and energy you’d expect from such a change in environment. They play most of it tonight, interspersed with moments from their older records. When I Die opens the show, the brass never sounding more majestic. Varieties Of Exile follows, Condon adding flugelhorn to the trumpet of Kyle Resnick and trombone of Ben Lanz to create the first of many beautifully held-back brass pronouncements. Family Curse meanwhile has a tenderness largely due to the understated, mournful musical arrangement alongside Condon’s ever-plaintive, tremulous vocals. The lack of bass during these early moments and Condon’s delicate ukulele playing lend the show an open, vulnerable feel.

Older songs like Santa Fe and Postcards From Italy bring a discernible sense of comfort to the night and Condon imparts the melody within Fener beautifully on organ but if anything, the lining up of old against new suggests that Gallipoli is arguably the most consistent Beirut album to date. The title track and Gauze für Zah both sound sumptuous while the instrumental Corfu is spacious and gently propulsive, standing out as a point of difference. It does bring to mind how dominant the trumpet and trombones are within their sound – when used more sparingly they run the risk of reducing the effectiveness of the song (something which, despite its large reserves of emotion and longing, seems to happen during Landslide).

Both Scenic World and Elephant Gun are, as expected, rapturously received. The bouncing melody of the former has an indelible innocence to it and the joyous fanfare of latter offers a reminder of why they made such an impression all those years back. The Rip Tide is arguably the best of all, seeing them at their most elegiac and lush. Their cover of Serbian Cocek by A Hawk And A Hacksaw provides an injection of fervour and is the most overtly Balkans they get tonight.

In The Mausoleum has shades of Ennio Morricone and fellow The Flying Club Cup track Nantes closes the main set in storming style, bolstered by additional percussion. The Gulag Orkestar delivers one final brass salvo in the encore. Overall, it’s hard not to see the show as a glorious confirmation of their strengths as a band.