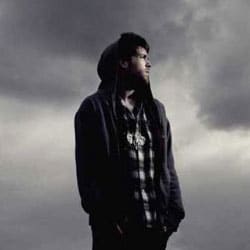 It’s a little difficult to get too worked up about the appearance of another young, introverted singer-songwriter in a pretty highly saturated market. For one thing, unless he’s carrying a set of synths and lists his influences as Kate Bush and Roxy Music, he ain’t getting on too many Radio 1 playlists any time soon. But here’s one you might want to get a bit hot under the collar about.

Benjamin Francis Leftwich is a 21-year-old guitarist from York, and he most definitely doesn’t do disco. What he does do – and this is something actually pretty rare at the moment, the bruised troubadour schtick currently running some way behind the bombast of Ellie Goulding, Claire Maguire et al – is sing simple, beautiful and heartfelt songs with little fuss.

Debut EP A Million Miles Out, produced by Mumford And Sons‘ knob-twiddler Ian Grimble is a four-track delight, as tender and warm as the best Ryan Adams songs, and underpinned with a slow, haunting fingerpicking reminiscent of Jose Gonzalez. It promises much for his debut long player, due to be released next year. He’s beginning to pick up some serious industry interest – there’s the small matter of a slot on the Little Noise Sessions at London’s Union Chapel later in the month which should serve as a fantastic showcase of his talents.

Toplining an intimate gig in the basement of East London’s Slaughtered Lamb, Leftwich manages to hold the largeish crowd in the palm of his hand for the majority of the 25 minutes he’s onstage (well, by stage we mean lurking in a corner by the bar – but it adds a level of intimacy that his songs seem to demand). That he does so with only a few songs anyone can recognize from the few dotted about on the internet is a testament to the quality of his craft – while most here can mumble the words to those on the EP, his unreleased work is met with quiet reverie from the crowd.

Leftwich himself is an engaging performer, obviously smart enough let the music do most of the talking. Lead single Atlas Hands, the last song of the set, is a high benchmark already for his career – a beautiful, achingly lovelorn song about picking yourself up and getting on with life – “When the stars are the only thing we share/ Will you be there?… I’ve got a plan/ I’ve got an atlas in my hands”. More Than Letters, sung without the accompaniment of the tempered drums that on the record give him an air of a Tom McRae (no bad thing, we’d add, as long as it’s his first two records) is fuller, while Maps is a disarmingly sweet lullaby about trying to win back a less-than-interested ex.

One of the many highlights is Hole In My Hand – the kind of torch song that most bedroom singer-songwriters would probably offer to take literally for the publishing rights, with Leftwich’s remarkably clear, pitch perfect voice cutting through and silencing any noise in the bar.

There’s very little to criticize about a young performer making some very impressive first moves into the music industry. Perhaps an over reliance on geographical metaphors in his lyrics, but, hey, they work, OK? There’s little he can do without a slightly fuller backing band to avoid some of the songs feeling a little similar in tone and texture, although even at this early stage all seem well-defined and capable of turning into neatly-formed gems. Leftwich is already a talent to treasure, and from here, the only way is up.