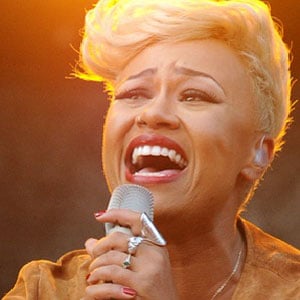 Now in its ninth year, Rob da Bank‘s brainchild Bestival has steadily grown from a quirky boutique gathering to a much larger but equally madcap festival that entertains around 50,000 people and has sold out for each of the previous eight years. Not bad considering the parlous state of the populace’s finances and the fact that the saturated festival market has taken several knocks of late.

Speaking of saturation, the majority of this year’s festivals have also been trenchfoot-inducing mudbaths. So it comes as a pleasant surprise that when the site opens on the Thursday it is basking in hot sunshine.

Despite not getting into full swing until Friday, Thursday’s line-up is still an impressive one with John Foxx & The Maths playing their future-retro synth pop that could easily have been produced in 1982 rather than 2012. Fellow electronic legend Gary Numan plays an exciting selection of his dark, gothic electro-rock and well-received classics like Cars, and Hot Chip round off the day’s official proceedings in a rammed marquee – although Bestival never truly sleeps.

Friday’s stunning sunshine makes the Bestival site feel like a parallel universe, as does the fact that the majority of people are dressed up in keeping with this year’s wildlife fancy dress theme. Over at the Ambient Lake stage the cider suppers’ reverie is broken by The Dukesbox, which consists of five people and their instruments squeezed into a tiny trailer with jukebox buttons on the front. Punch in a number and you can request Nirvana, Blondie, or ask to hear a hairy man sing (You Make Me Feel Like) A Natural Woman.

Over at the comedy tent, which had last night hosted a hilarious set from Andrew Maxwell, stands possibly the most dangerous man on the Isle Of Wight, Eric Lampaert, who is tearing into the audience. He steals a handbag and goes through its contents, makes one man drink a sachet of ketchup, then threatens to teabag a woman’s Vaseline and several members of the audience. He screams at people leaving and runs from the stage to chase them across the field and confiscates someone’s phone to call their mum. Everything is a potential source of entertainment for Lampaert and he does not need material as such.

While the rest of the world are seemingly watching Warpaint, the Big Top marquee plays host to Japanese Popstars who serve up a bit of elation, some air punching build-ups and plenty of pounding techy, housey rhythms. Minimal visuals mean that the main attraction involves watching two men twiddling knobs, looking at laptops and shuffling around but the music makes up for any lack of spectacle. Perhaps it would have been better as a late night set but the slowly swelling crowd seemingly care little whether it’s 5pm or 5am.

The same is true over at the Psychedelic Worm stage, where Django Django‘s dance-based guitar melodies and pulsing kick drums get the rammed tent jumping, clapping and whooping, especially for an extended version of the twisted psychedelic stomp that is Default.

From the Olympic opening ceremony to the main stage in a large field on the Isle Of Wight, Emeli Sand‘s career has exploded over the last few months. Covering Coldplay‘s Every Teardrop Is A Waterfall as well as playing her hits, My Kind Of Love and Next To Me, Sand’s Bestival performance is accomplished, polished and passionate.

Just a few days before the release date of their second album, The xx open their set with dreamlike new track, Angels, which provides a tender, touching start and that emotional charge lingers for the whole set. Yes, they have a trademark sound, but it’s extremely effective as Romy Madley-Croft and Oliver Sim’s beautifully wistful duets tug constantly at the heartstrings. Bittersweet songs about fractured relationships, the content of the songs is pretty constant too, but their performance of older tracks such as Heart Skipped A Beat and Crystalised and new material such as the melancholic Balearica Of Sunset is mesmerising throughout. Sad but soulful, their songs come across like an even more heartbroken Everything But The Girl. The band end with favourites from their debut album including VCR, which gets a huge cheer, Infinity and Stars, which brings a moving set to a brilliant close.

Another artist with a trademark sound, Florence And The Machine, closes the main stage. The enigmatic Florence Welch floats on stage in a flowing dress that billows in a gale no one else in the field can feel. Accompanied by a full string section, Florence’s folky incantations and love of dressing up seem somewhat fitting for this year’s festival’s wildlife theme. Opening with Only If For A Night, Welch is her usual eccentric and ethereal self and delivers each song, from Drumming Song to Cosmic Love, with much of her usual Marmite-esque wailing.

Over at the Ambient Lake stage, Mixmaster Morris is serving up whooshing electronic horizontalism, deep funk, chilled vocal tracks and more abstract oddities, which prove perfect for lapping up under the stars from the comfort of a deckchair. The ambient pioneer even closes with his seminal remix of Coldcut‘s take on Autumn Leaves, which still sounds as fresh and beautiful today as it did when it was released in 1993.

The contrast provided by Slagsmlsklubben over at the Psychedelic Worm tent couldn’t be starker. Hailing from Sweden, six men in safari hats take to the stage and play their ridiculously fun, Bontempi-driven dance music. Stupid but stupidly catchy, the sextet’s music covers everything from acid-edged videogame rave to electro-oompah techno. As one of the safari men says: “Some people stare at the screen but we don’t have computers. We only have analogue synthesisers,” and their effort in playing every track on their stage-filling hardware cannot be denied. He then adds: “Now we will play our next track. It’s very, very handsome.” And indeed it is. A festival highlight tucked away at 2am that provides the perfect end to an entertaining opening day.