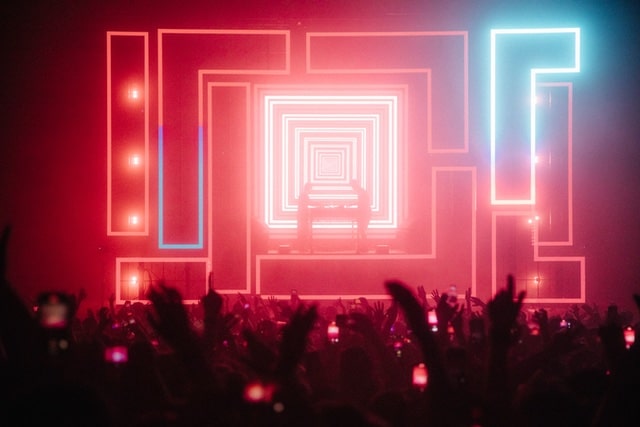 Belfast-born, London-based duo Bicep (Matt McBriar and Andy Ferguson) formed back in 2009 as a DJ and production duo, having created a blog called Feel My Bicep, to which they posted forgotten Italo, house and disco deep cuts unearthed from crate digging and from that part of the internet once known as “the blogosphere”. The blog, which went on to lend its name to both a club night and a label, fed into their DJ work and their own increasingly attention grabbing, specialist-released slices of music. Signing to Coldcut‘s storied Ninja Tune in 2017, they released their eponymous debut album to both critical acclaim and Top 20 chart success. The culmination of their long and learned gestation and subsequent endeavours was just reward. Bicep were on their way.

Then came covid, which – amongst everything else – threatened to overshadow the release of their follow-up album Isles and the touring and festival plans hatched to promote it. Two years in the making and released in January this year, it nonetheless promptly landed at Number 2 on the UK Album Chart and saw the duo pick up a pair of BRIT Award nominations. As the lockdown rules gradually eased and festivals and venues tested the waters with covid-secure set-ups and strict door policies, Bicep were at last able to reschedule cancelled dates. A headlining slot at London’s Field Day festival was followed by three dates at the Brixton Academy, the first on the night of the Mercury Prize, for which Isles was curiously not nominated. All were sold out; Bicep’s pining public had not forgotten them, even if the Mercury judges had. 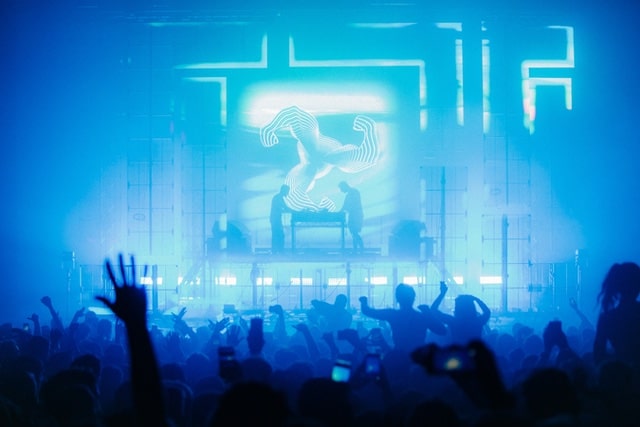 What followed in the room was a timely reminder of the difference between listening to an album, however excellent – and Isles certainly is that – and being at a gig, for the first time since the Before Times. Hearing music pump out through a soundsystem, sharing music moments with thousands of other people who are in that room for the same reason, and with the immersive lights and staging combining to make the audio a visual experience too, what had been “the ultimate living-room rave” was now a rave proper. Bicep live are fundamentally two men moving in shadows opposite each other, but coupled to all this they and their music become heroes of mood and time.

It begins quietly and darkly with Rever, just the occasional flashing panel and shuffling beat causing the muscle memory of limbs to twitch. It cranks up just a little into X as more flashing panels light up, and those same limbs tense with the sense of something special up ahead. Soon it hits; a huge pulsating synth bass reverberates round the room, lights flare and, as one, thousands of people, grinning ear to ear, absorb and engage with the collective euphoria. The set barely lifts from then on, with lush Isles opener Atlas increasing the pace and – at least for older heads present – tracing a direct line back to knowingly similar euphoric sounds from a previous generation of ravers like Aphex Twin and Orbital. If there was any doubt that Bicep belong among such a pantheon, this show put such notions in their place. The ominous mood brought out by the bass once or twice even reminds of The Knife’s Silent Shout, but elsewhere the top end of the mix keeps arms aloft.

Of their debut album, little is heard. Opal is dropped mid-set with room-drenching explosions of luminosity, and Glue is the poignant penultimate track of choice in the encore, much to longer-term fans’ delight. But they close out with an extended take on epic Isles lead single Apricots. Sampling 1950s recordings of traditional Malawian singers and The Bulgarian State Radio & Television Female Vocal Choir, its beats ricochet around the venerable Academy’s walls, calling to mind the best moments of Caribou. After so long without such cathartic communal experiences, Bicep here underlined that, while their ascent to electronic music’s top step was a little delayed, they are undeniably and deservedly now upon it.