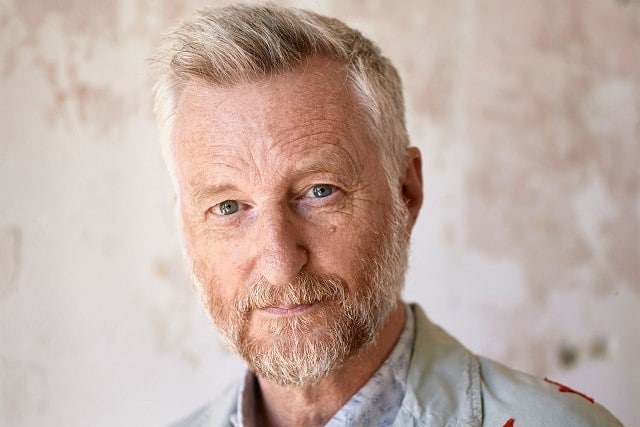 These are hard times to live in for progressive, liberal types and it’s a state of affairs not lost on Billy Bragg. This run of shows at Islington Assembly Hall may have been in part an attempt at providing some temporary relief from the exhausting political landscape but, with a general election coming up, it was impossible for it to remain a politics-free zone (are Billy Bragg shows ever?).

This second of the three nights saw Bragg perform songs from his first three albums – 1983’s Life’s A Riot With Spy V Spy, 1984’s Brewing Up With Billy Bragg and 1986’s Talking With The Taxman About Poetry. (The first night comprised material from his current career-spanning set, while the final episode focused on 1988’s Worker’s Playtime, 1991’s Don’t Try This At Home and 1996’s William Bloke.)

As he arrives on stage, Bragg coins a phrase that will be revisited during the night – this show will largely feature “chop and clang”, a self-deprecating reference to the raw, rudimentary instrumentation found on these albums. To be fair, it’s unlikely that anyone came expecting any level of sophisticated finesse at this show, and Bragg jokingly comments early on how he “resisted the temptation to become slick”.

The songs still sound magnificent and there’s a sort of dual chiming at play – Bragg’s guitars ring loud and true and there’s equally barbed accompanying lyrical messages. He opens with A Lover Sings before moving on to Ideology, the latter confirming that dissatisfaction with the ruling classes is not a recent phenomenon. There are numerous prescient moments, especially in the likes of The Myth Of Trust and the raw emotion of To Have And To Have Not. The heartfelt, clarion call of St Swithin’s Day is still supremely poignant, and The Saturday Boy still has an endearing innocence to it. The latter sees long time musical collaborator Dave Woodhead join him on stage. When some of his trumpet lines unfortunately falter, Bragg steps in to shoehorn The White Stripes’ Seven Nation Army riff into the resulting space to comic effect. It’s a rare misstep – the rest of the show is positively polished and hits the target with unerring accuracy.

In between songs he also covers significant conversational ground, delivering strong environmental messages. He says how he believes child climate strikers are the new punk rockers, talks about other sustainable choices he’s made when touring, and gives the story of his delivering a mushroom biryani to an on-air John Peel and getting his new single played in return. He also plays The Man He Killed, a song from the 1418NOW project commemorating the First World War, and talks about his new book, The Three Dimensions Of Freedom (in short, he identifies accountability and agency as the two most important things that can result in change).

As the night goes on his activism intensifies. He attempts a defence of Jeremy Corbyn’s Brexit position and advocates “the unpalatable compromise” of tactical voting in a series of vehemently anti-Tory despatches. Before long he returns to music, espousing how empathy is the currency of music.

As the set progresses the crowd-pleasing moments increase, especially those from the first album. The Milkman Of Human Kindness is as tender as ever and Richard sees him lunge at the lyrics with real conviction. He also dips into his Between The Wars EP, the title track still a fantastic glorification of the working class, and his cover of Leon Rosselson’s World Upside Down remains a hard-hitting historical rumination.

Greetings To The New Brunette is indicative of the warmer tone found on that album, and he finishes his set with the evergreen socialist anthem There Is Power In A Union. The inevitable appearance of A New England in the encore finds the crowd in good voice and proves that, despite these songs being over 30 years old, they have more meaning and relevance than ever.