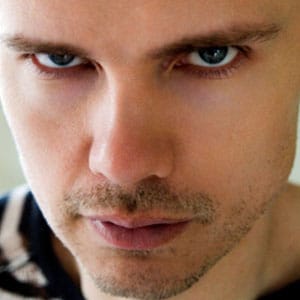 Billy Corgan is a man of various phases. His support band for the evening, Gliss, are sporting Corgan’s tortured soul phase which surfaced during the dark Mellon Collie years. The LA three piece who like to trade instrumental duties must think it’s their lucky day, there at the same altar as their master. It’s hammer and nails stuff which nobody’s buying. Still that doesn’t mean politeness should go out the window, which is the one honour tonight’s audience can bestow upon Gliss.

The question on everybody’s lips this evening is which Billy Corgan will show up? Last we heard of him, he was a chirpier, smiley fellow with his hippie friends in Zwan. Then it ended abruptly with inter band tensions and Corgan deciding to relinquish the helm rather than carry on steering it. If only Robert Mugabe would grant Zimbabwe the same courtesy. Inevitably chatter drifted to would he or wouldn’t he knock out some Smashing Pumpkins numbers.

For all this futile speculation the proof was in the cold pudding of the foul year of valium, 1997. Corgan had declared rock dead, electronica the future, and produced the overlooked gem that was to begin the Pumpkins’ eventual demise, Adore.

Less than 10 years later, be it to fulfill his own prophecy, Corgan is suited (neo Berlin Goth chic) and booted. His stage setup sits along the same plain as Nine Inch Nails and Marilyn Manson shows, with apocalyptic looking keyboards and sample machines staffed by session musicians who appear to be extras from Blade Runner.

The giant white multi-tiled screen spanning the stage casts vivid visual effects which make the Corgan show more interesting than it really is. The beginning is a timid squall not aided by Corgan’s guitar being the only live instrument.

The ones which didn’t make the grade ironically spark life towards the end, which also seems to let out the old Billy, who engages the audience amere hour into the set. A punky electro number is the most old school we see Corgan, and he even slipped in a new notes from Today.

All Things Change produced a show stopping moment where band and crowd were one with the words: “We can change the world.” OK it’s not Live8, but every little helps. Aptly Corgan returned for the encore alone for the tender closer Strayz.

Cheered off like an old Olympic hero, the expression and conversation throughout and after the show was pretty clear. The old athlete may not have many races left in him, and he certainly still has his novel and poetry to keep him busy. This audience is just too polite to not embrace their returning champion.