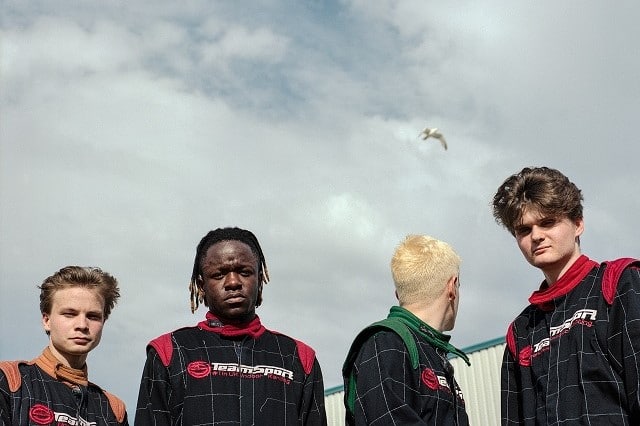 Life is filled with a monotonous stream of inevitabilities and constants. A cavalcade of unalterable situations and circumstances that play out ad infinitum through history, yet somehow these events ground us firmly in the present. As such, we can pretty much guarantee that the sun and moon will rise and fall, that the tides will drift in and out in response and that Black Midi will mystify, enthrall and infuriate crowds whenever they see fit to play live. Tonight, without fail, they unfortunately managed the latter.

It started pretty innocuously. The support act Ill Japonia (one quarter of Bo Ningen) was suitably complex in both tone and structure, and then the Klaus Nomi inspired operatics they blasted over the PA as the venue staff began to set the stage up seemed to perplex and rile up the lively audience, who found themselves crammed into the venue, like the proverbial sardines, high on cider and the vigour of youth. When the band came on, the room bristled with expectation. With tickets selling out weeks ago, tonight was the hot ticket in a near freezing town. Having been bruised and propelled around by a semi tropical storm over the last few days, we all expected to be swept up by a vigorous tornado of sound, but we were given mainly hot air with the band choosing instead to blow themselves onstage.

After a peculiar little introductory jam, they segued into Speedway from last year’s acclaimed debut album Schlagenheim, all tangled Arto Lindsay guitar theatrics and looping saxophone, its pneumatic main riff thundering into the atmosphere. But for all the bluster, front person Geordie Greep seemed unwilling to approach his microphone and as such, you could barely decipher what grunts he made into the microphone. One riff bled effortlessly into the other and we got a version of Reggae that the mosh pit seemed pretty pleased with, but as the evening progressed, heads stopped their nodding, bodies stopped slamming against each other and heads began to tilt downwards at startling angles as folk tried to decode what was unfurling.

The masses woke up again briefly three songs later when the corkscrew motif of Western started up, but by that point, they’d lost our attention having spent 25 minutes seemingly playing variations on the same fragment. Running at over eight minutes on record, it seemed to expand far past the horizon as Greep sat down and began to noodle. A cheer of relief came shortly thereafter when they played 953 but the band themselves almost seemed fed up with performing it. As events dragged out, they didn’t play bmbmbm or Near DT, MI and perhaps if they had, they might have salvaged some compassion and vim from a visibly frustrated crowd. Choosing to ignore half of the album that drew in such a large number of attendees was a risk that sadly didn’t work in their favour as the crowd began to trickle out with dejected faces.

If these jams shared tonight are tracks from their second album, the omens are not good. Perhaps they need to spend a bit more time refining them in the rehearsal space before inflicting them on fans. For all the fanfare that continues to surround Black Midi, the worst thing that can befall them is that they get stuck in an improvisational rut and begin to bore their audience as they search for inspiration. These emperors may have found some new clothes, but they’re just not cut from the same golden cloth that we had been hoping for.