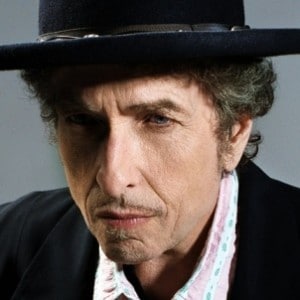 Eighteen months ago, Bob Dylan played the Brixton Academy and we did not see the legend at his best. He snarled his way through a bunch of familiar oldies (they sounded rather unfamiliar in most cases) and treated the audience like something smelly on his shoe. Nothing new in that but it felt like an all-time low.

After the release last autumn of his best new album in years, he’s back on tour and back on form. His second date at Wembley Arena saw the great man standing out front facing the audience, guitar in hand (for a while anyway) and croaking maybe but without the ugly growl and with a set of new songs to delight the faithful.

It didn’t start that way first up was Cat’s In The Well, recognisable but a bit blurry. He rattled through three more oldies a less recognisable It’s Alright Ma, Don’t Think Twice and Watching the River Flow – before hitting the new stuff. Things really warmed up with The Levee’s Gonna Break. The band dropped the volume, you could hear the tune and, heck, you could even understand the words.

For two hours (most of it with Bob tucked safely behind the keyboards but side-on so you could seeing him bopping along), they churned out hit after hit. Modern Times featured strongly, broken up by Hattie Carroll, Highway 61 Revisited and a terrific John Brown. There was also Most Likely You Go Your Way and, of course, Like a Rolling Stone, all sounding better than they have done for years.

The night before, the crowd had been treated to Chimes of Freedom and earlier in the tour Desolation Row but you can’t everything. You could never do the Very Best of Bob Dylan in any one concert, unless you had a month to spare.

The songs from the new album were not as subtle as in the studio versions but great anyway – Ain’t Talkin’ a real treat – and the flat feeling that accompanied the exit from Brixton was replaced by a sense of resurrection and joy. We were assured that greatness lives on.

The encores he teased us for a good five minutes before returning were a jaunty Thunder on the Mountain and heavily-disguised All Along the Watchtower. Nobody cared if it was a bit of a return to the drone and blast that we’ve had to get used to in latter years; by then he had us in the palm of his hand.