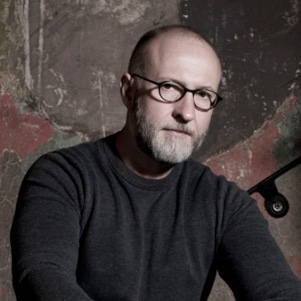 With Sugar‘s Copper Blue getting the re-release treatment 20 years after its initial release, it’s easy to forget just how big they were in 1992. Their debut was a top ten smash, the more abrasive follow-up, Beaster, charted at number three. By signing with a pre-Oasis Creation, Bob Mould immediately recovered any hipster ground lost after the Hüsker Dü fall-out and eventually, managed to even make a stir in the US, through the prism of his stature in the UK. The fact that the songs were soaring pop anthems, brooding and soaring in equal measure, was, of course, a major help.

After stop-star solo career, interspersed with a period writing scripts for professional wrestling and a considerable flirtation with electronic, Mould has come – if not quite full circle – back to power-trio roots and split this night in two – the first half consisting of Copper Blue, the second half consisting of new tracks and Hüsker Dü renditions.

The tagline promised Bob Mould playing the entirety of Copper Blue; in reality, Mould didn’t just play, he – and his band consisting of Jon Wurster and Jason Nardacy – absolutely ripped through the record in just over half an hour. Mould bounded on stage, all smiles and waves, and there was a palpable sense of joy as the opening riff of The Act We Act rang out across the venue.

Copper Blue was underpinned throughout by the deafening and relentless pound of Malcolm Travis’ drums; perhaps the primary difference tonight is Jon Wurster’s more freewheeling approach which shifts the emphasis back on to Moulds barrage of guitar noise on stage. A Good Idea still sounds like the greatest Pixies song never to be recorded by Pixies while the decibel level only increased during the faithful renditions of Helpless and Hoover Dam. The Slim displayed some change from the recorded version with a marginally more laid back introduction; however, this was evened out by the album’s ‘hit’, If I Could Change Your Mind, which was blitzed through at breakneck speed, the electro-acoustic interplay of the original replaced by a full on electric execution. This resulted in the harmonic intricacies lost amid the deluge – if anything, it would have been nice to earn some respite from the sonic assault, the song’s positioning on the album allows for this but such reflection was far from Mould’s mind as he continued his coruscating run through the album.

While the sheer quality of the songwriting was still evident, there was also at times little to differentiate the anthemic rock from that of say, Foo Fighters. In one his brief addresses from the stage, Mould admitted he was not a man to look back; perhaps the speedy run through was simply a means to an end with a new album on the way. On the other hand, a mature reading of Copper Blue’s material may have proved for a more challenging listen. But by the time Slick and Man On The Moon bring the album to a close, the sheer bonhomie exhibited by Mould and co. ensured the air was one of total euphoria rather than mindless nostalgia.

Mould played three new songs at the beginning of the second set, all apparently from the upcoming album and none of which would have sounded out of place on any Sugar album. This soon veered into a glance back into the Hüsker Dü vaults with Celebrated Summer, I Apologize and Celebrated Summer getting an airing. It was followed by Downer (a Cheap Trick cover), Your Favourite Thing from Sugar’s final album before closing with Makes No Sense At All. A valedictory ending to the evening’s entertainment, the arc of Mould’s career seems to be heading back to a more straight-up approach and he almost casually displayed why Copper Blue is arguably the apex of his achievements.