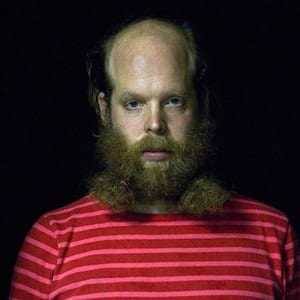 When the beardogeddon comes, as it surely must, if any singer’s beard is to survive the impending the holocaust, it should be Bonnie ‘Prince’ Billy’s. Its many dedicated years of service helping frame Will Oldham’s pretty grey eyes (along with his trademark wispy side wings) must surely grant it an honourable exemption. And the face it furnishes is surprisingly magnetic live, eyes staring out over the audience in unblinking inscrutability, before he suddenly throws his head back and howls at the moon.

At 43, he is spry, wry and seems physically little changed from the singer who put out his world weary masterpiece I See A Darkness 15 years previously. If anything, being more comfortable in his performing skin has made him more animated, spontaneous and surprisingly fun to watch than ever. After wringing his heart out for the audience, he will often look shiftily out across the room, before stepping back with a taciturn flourish that hints that behind his performances, there is a finely tuned sense of the comical.

Tonight’s set was drawn from across a twenty year career during which he has, without great fuss or fanfare, put out more albums than most artists manage in a lifetime. While you could hardly call them a greatest hits, the songs from his repertoire assembled in this show remind you what an incredibly gifted songwriter he can be when the mass of material he has produced is edited down to the best of its highlights. Beast For Thee, Inside Of You and possibly his greatest love ballad May It Always Be grip the crowd, who numbered several fortysomething couples. It is quite something to watch these couples making out to his tales of romantic dependence, when the darkness within the songs often wins out over light (as in Blood Embrace).

There was no real obvious target for promotion tonight – this year’s album Singer’s Grave a Sea Of Tongue is a set mostly comprised of reworkings. However, more traditional country treatment given to these reworkings hints at a possible move away from Oldham’s frequent starkness towards a warmth and bonhomie certainly evident in his show. Even I See A Darkness, covered by Johnny Cash at his most death rattly, is transformed tonight into a surprisingly effective joyful hoedown to close the set.

Where his recording career goes from here scarcely matters. Oldham has accrued enough songs now to bumble around the globe touring, while the rest of the world slowly catches up with his songwriting almost-genius, until he dies. If he likes. However, while the signs on one hand point to a potential mellowing, his decision to remake a bunch of three year old songs and release them as a new album also indicate that the intransigence that pays little heed to the desires of his audience isn’t going anywhere either.