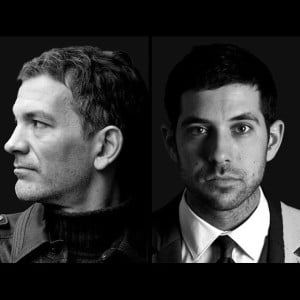 Everything that is right – and wrong – with the state of jazz was on show tonight at the Barbican as part of this year’s London Jazz Festival. The many ‘wrongs’ were almost solely confined to the first half of the gig – while a British band that could just do no wrong dominated the second half.

Inexplicably, the headliners played first. One can only guess that the piano/drums duo of Brad Mehldau and Mark Guiliana (aka Mehliana – get it?) realised how hard an act the Sons Of Kemet would be to follow onstage and got scared into the support act slot. Or perhaps they had a better paying gig at a late-night cocktail bar they didn’t want to turn down? Regardless, they were unequivocally blown away by the noisy new kids on the block – and it was completely their own fault.

Mehldau is a superb pianist in a conventional jazz trio playing both jazz standards and pop tunes with convincing verve and invention, with bedevilling skill to spare. But tonight, flanked by three retro synths and a grand piano, he left all of that at home back in New York City as he spent the evening creating some frighteningly ugly smears of synth noodling during a set of his largely pointless meandering on all four instruments. His partner in crime Guiliana fared much better with his busy metronomic attacks – but was equally guilty of sonic vandalism as he insisted on running indiscernible and gratuitous samples of what sounded like radio broadcasts throughout their set.

Overall, it was a long and thoroughly forgettable set of indulgent, messy, narcissistic, pastiche prog-rock jazz-funk improv exercises with no central theme, message or unifying artistic statement. In other words, they sounded like a boring Yes cover band without Chris Squire, Jon Anderson or Steve Howe. It was so unsightly that the best moment of the set was Mehldau’s angry response to a heckler – “Play the piano!” was the shout, which drew a scornful glance from Mehldau before he quickly snapped back: “I’ve been playing the piano for 20 minutes – where have you been?”

Luckily, things improved. And with the ‘support act’ back in the dressing room, out came the dry ice, the moody lighting and the Sons Of Kemet. The unlikely lineup of tuba, drums, drums and tenor sax/clarinet doesn’t make much sense on paper but it took about four bars of All Will Surely Burn to get feet tapping and heads nodding around the normally rather stiff Barbican hall.

The group have been winning fans after their impressive debut album Burn was released by Naim Jazz in September and didn’t disappoint during what was surely their highest-profile concert to date. They were certainly fired up. Led onto the stage by the towering frame of tenor saxophonist and clarinet player Shabaka Hutchings, the quartet quickly got to work behind his searing fire-and-brimstone lines on the tenor and his delicate, searching clarinet work. The synco-pathic lockstep of drummers Tom Skinner and Seb Rochford spare no punches as they kick in like a devastatingly powerful marching band, thrashing and booming their way through the tunes.

Skinner is the more industrious of the two percussionists, with lightning fast stick work and a penchant for using his own body as a drum, while Rochford chooses his moments more carefully before unleashing a deadly right-handed snap of the wrist to work his cymbals. The overall effect of the drumming powerhouse is one of kinetic acceleration and delirious, joyful noise.

All of the songs from their set derive from album Burn and Oren Marshall on tuba is in charge of dropping the bassline to keep the tune nailed down. While he occasionally lags behind on the faster numbers – played much quicker than on the album and thus requiring a faster reload of breath to power the monster of an instrument – he takes his horn into unfamiliar territory especially during an extended solo. Conjuring up a course of sputtering, guttural mutterings on the brass monster he unleashes a torrent of low-end shouts, squirms and exhalations that are both unworldly and humorous.

And perhaps that most of all is the big difference between the two acts. Where Mehldau struggled to crack a smile or get comfortable between his array of keys, the Sons of Kemet crew were clearly having a great time and were desperate to squeeze every last ounce of bounce from their psychedelic calypso of muscular, propulsive jazz. With a leader as talented as Hutchings leading the line, this is a band with plenty more to offer – wherever they appear on the bill.