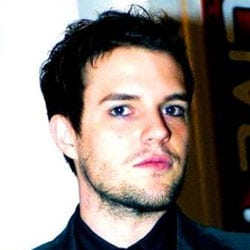 Anglophile, Latter Day Bruce Springsteen… Brandon Flowers seems to reinvent himself with each album, but the lesson from tonight’s performance is this: you might be able to take the boy out of Las Vegas, but you can’t take Las Vegas out of the boy.

Flowers is a showman at heart. A complete, utter and shameless one at that, who needed to be freed of the constraints of his band before he could spread his feathers wide and fully come into his own. Away from The Killers, he has the space he needs to truly shine, shrugging off any pressures to conform to indie coolness or American rock convention, to take the parts he wants from Morrissey, Springsteen, Kings Of Leon, Queen and last but not least himself and blend them into something brilliantly unique.

He takes the stage dressed in the uniform of a First World War soldier, flirting with that odd brand of campness The Smiths first foisted on the world. Beneath 1920s-Hollywood lighting, he performs a set that seeps faded glamour, half-abandoned dreams and hopeless romanticism, reminding us that he is, if you can forgive and forget “Are we human, or are we dancer”, a very accomplished lyricist – whether he’s singing in a fake English accent (he doesn’t, tonight), or over-accentuating his Southern drawl (he does).

The set is almost exclusively taken from his recent solo album Flamingo, an aptly named paean to a world that’s at once slightly tarnished and incredibly flash, glittering on the surface but not quite as innocent as it looks, just like Flowers himself. He wears make-up and feathers, but he’s married with two kids and another on the way. He’s an indie rock star but he’s not ashamed to make it clear religion is important to him – not in a fire-and-brimstone Nick Cave way, but in a celebration that Cliff Richard would approve of (though with better tunes).

He loves the pop grandeur of the ’80s, wearing his heart on his sleeve enough tonight to cover the 1981 Kim Carnes hit Bette Davis Eyes, and he loves the rough-around the edges American singer songwriters lamenting the wasted dreams of blue collar dads. While he stays mostly away from the dust-bowl musings of Sam’s Town, his (almost unfashionably) clear voice tells tales just as poignant, as titles including Jilted Lovers and Broken Hearts attest.

As a true showman should, he keeps the best ’til last. Having served up virtually all of Flamingo during the main set (and punctuating it with The Killers’ Losing Touch, from Day & Age), he has to look elsewhere for his encore. For the first offering, he reaches into the extra tracks that adorn Flamingo’s Deluxe Edition and pulls out The Clock Was Tickin’. Acoustic, raw and beautiful it turns out to be the best song he performs tonight, a bittersweet tale of love across the decades, autobiographical enough (his mother, who herself had six children, recently died of cancer) to touch the right nerves.

He finishes on When You Were Young, The Killers’ biggest hit and undeniably one of Flowers’ most powerful songs. It’s not that the new material doesn’t hold up: more that he’s not afraid to show where he’s come from. A Las Vegas showman who’s taken the best of British glam rock, weaved it with American song-writing tradition and put it in front of us in all its glory, Flowers should be a national treasure on both sides of the pond.