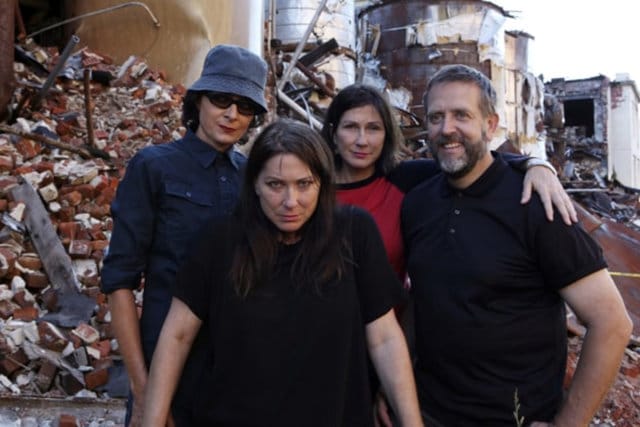 The Breeders are back. The influential US indie-rockers have had their fair share of ups and downs in a spasmodically brilliant career over the last three decades, including drug busts and break-ups.

Originally formed by Kim Deal as an outlet for her singing/songwriting in between playing bass guitar for Pixies, they released two acclaimed albums before the band’s activities were suspended when guitarist Kelley Deal went into rehab (followed later by Kim). Two more albums followed spaced well apart due to Kim rejoining The Pixies until leaving mysteriously in 2013. After briefly going solo, she has now re-formed The Breeders.

And what a comeback it has been. Released earlier this year after a 10-year gap, their fifth album All Nerve is a triumph. What’s more it features the “classic” line-up of the Deal sisters, British bassist Josephine Wiggs and drummer Jim Macpherson for the first time on a full-length album since their platinum-selling Last Splash in 1993. Their hectic American and European live schedule this year is as much a reunion as a promotional tour for The Breeders.

Not surprisingly, when the band walks on stage bang on time at the Roundhouse they get a rapturous response from the sell-out crowd. In fact, their timing is spot on throughout their 90-minute set which is chiefly made up of songs from All Nerve and Last Splash. Their sharp performance is interspersed with Kim chatting casually to the audience – “This song is from the album before rehab” – and banter between her and identical twin sister Kelley.

The show kicks off with the distorted opening guitar chords of New Year, which suddenly accelerates into grungy momentum – a short, punchy intro to an evening marked by precise playing of compact songs that don’t outstay their welcome but leave you wanting more. Wait In The Car – the lead single from All Nerve – is The Breeders back to their best, with tasty garage riffs and a stop-start beat. The slower title track from the new album reveals the more reflective, lyrical side of the band’s personality, while the Hawaiian-style guitar twangs of No Aloha make a deliciously off-kilter sound. The jangly, upbeat Divine Hammer is an old favourite that goes down well with the crowd

The folksy Drivin’ On 9 (a cover of the Ed’s Redeeming Qualities song, featured on Last Splash), performed with a violinist, blithely rolls along, in contrast with the eerily disturbing, bass-led Walking with a Killer. Kelley takes lead vocals for the sassy I Just Wanna Get Along, while Wiggs sings doomily on the superb new song MetaGoth, with its rumbling bass line and menacing gothic atmosphere evoking Bauhaus’s Bela Lugosi’s Dead. The band’s version of Happiness Is a Warm Gun (recorded on their debut album Pod) is even more off the wall than The Beatles’ original.

A spirited account of their best-known song Cannonball is warmly received, while Gigantic (The Pixies’ first single which Kim co-wrote with Black Francis, as well as singing) goes down a storm – it’s a shame that she was not able to write more songs for that seminal band. But then we wouldn’t have had the more subtle music of The Breeders, with its delicate female vocal harmonies wrapped around scuzzy guitar, lurches from melodic sweetness to raw power, and distinctive edgy beauty. The Breeders were cool 25 years ago and they’re still cool now.