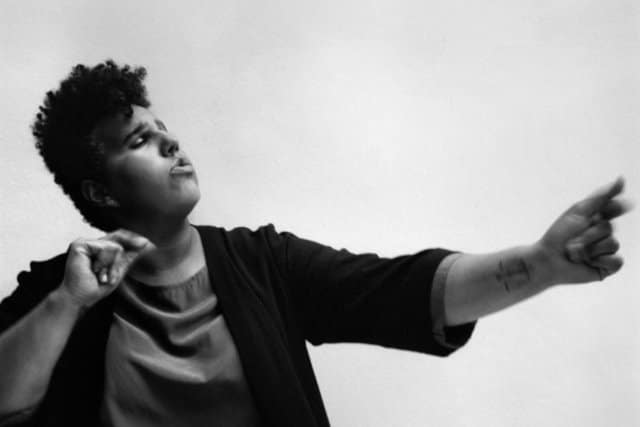 At a time when there is plenty of talk of moving functions of government away from the capital and stimulating growth in towns and regions, it’s perhaps slightly surprising that the BBC 6 Music Festival (three days of music celebrating the sound and identity of the much loved BBC digital radio station) is this year being hosted in London for the first time. Previous years have seen the festival visit Salford (2014), Tyneside (2015), Bristol (2016), Glasgow (2017) and Belfast (2018).

Whilst 6 Music benefited hugely from the spirited and well organised campaign to save it from being axed as part of a round of cuts, it does also sometimes suffer from unfair stereotyping as being dedicated to white men and their guitars. The 2020 festival line-up counters this notion in strong terms, with a substantial contribution from female artists (including Róisín Murphy and Kate Tempest), contemporary jazz acts (Robert Glasper, Melt Yourself Down, Kokoroko) and performers from the realms of electronica, dance and rap.

Michael Kiwanuka’s bout of acute viral laryngitis dealt Friday night’s line-up something of an unfortunate blow, but Nadine Shah helpfully stepped in to perform an additional set to complement her already scheduled Sunday appearance, maintaining a triple bill that proved wide ranging and satisfying. Black Midi brought some visceral, urgent noise, driven by their powerful, restless and dexterous drummer Morgan Simpson. The sound quality (at least from the balcony) was somewhat blurry at this point, so distinguishing the vocals of Geordie Greep and Cameron Picton proved challenging, but this is a band that seems focused around the intensity and intricacy of their sound.

Nadine Shah is a confident, engaging and good humoured presence on stage, joking about potential rejection from audience that might have felt they had paid for Michael Kiwanuka and entirely winning them over. Her dramatic, theatrical vocals have a distinctive character and her excellent band delivers compelling, crisply executed grooves, with Pete Wareham’s effects-laden saxophone offering constant surprises. The small selection of new material from the forthcoming album Kitchen Sink seemed very promising.

Now elevated to headline status, Brittany Howard owned the Roundhouse stage so completely that it’s hard to see her ever returning to being front person for a more collaborative band such as Alabama Shakes again. Working as a solo artist seems to have liberated her to explore musical territory that she loves, focusing on a psychedelic take on classic soul that is aware of its influences but which very much foregrounds Howard’s sometimes gritty, sometimes transcendent vocals. Her band is a powerhouse, drawing from gospel and funk and ably supporting her exaltations. The live sound is perhaps a little more conventional than the recorded sound of her debut solo album Jaime, which at times feels a little more refracted, woozy or aquatic in nature. Still, this treatment helps when working the crowd, and the combination of Howard’s energy and delivery with the band’s transporting grooves proves irresistible.

The set has a particularly strong opening, with Jaime’s three most potent songs coming in quick succession (a robust He Loves Me, a more sensual and hypnotic Georgia and an elevating Stay High). But Howard is also confident enough to explore contrasts, with the solo Short and Sweet demonstrating the influence of Nina Simone and Billie Holliday on her phrasing. Other highlights include some rousing R&B sermonising on 13th Century Metal (on which Howard is a tremendous, compelling presence) and a stuttering, D’Angelo-esque groove on Baby. Throughout, the work of her two backing vocalists is stellar, and the band combine the fervour and energy of a Motown or Stax house band with something more turbulent and mysterious (the influence of Prince and Funkadelic is also transparent).

Howard opts not to include any Alabama Shakes material here, although a couple of moments from Sound & Colour would potentially have worked very well with these musicians (one of whom is in fact Shakes bassist Zac Cockrell). She does, however, delve into popular music history for some choice cover versions, including a lovely, nuanced performance of the beautiful Prince deep cut Breakdown (from 2014’s Art Official Age and apparently Howard’s favourite Prince song), a faithful reading of Jackie Wilson’s (Your Love Keeps Lifting Me) Higher And Higher and a driving, forceful interpretation of The Beatles’ Revolution that is probably intended to continue the message of love, hope and compassion but which actually sounds rather intense and paranoid.

In a necessarily concise festival sense, there is the slight notion that these covers detract slightly from Howard’s original voice, turning the show into something of a revue, albeit a very commanding one. However, that voice is malleable and versatile enough to create a range of textures and feelings, and the lingering impression from this performance is of an increasingly mature and confident artist with remarkable stage presence.