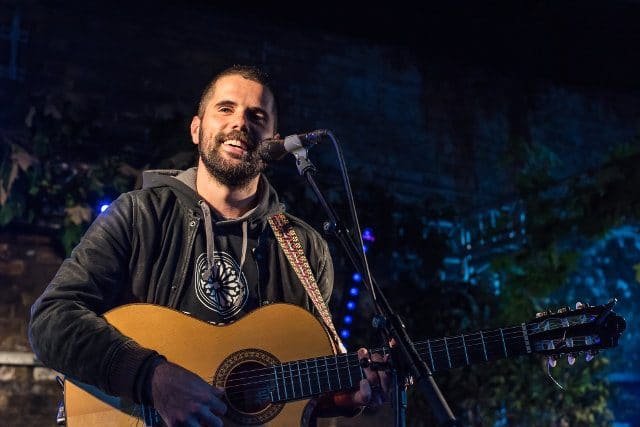 Shepherd’s Bush isn’t exactly known as a hot bed of nightlife and gig venues. Sure it’s got the massive Shepherd’s Bush Empire and that dearly loved pocket of thick red velvet and glittering chandeliers, Bush Hall – but for up and coming, hyped new acts? Not really.

Except for one Saturday every June, when the promoters and programmers behind Bushstock take over that stretch of bustling high street, from the Green, up along Uxbridge Road. On that one day, there are plenty of music venues. There’s a church, a second hand clothes shop, a few pubs, a hotel car park. The make shift venues all add to the gloriously DIY-feel of the festival.

It’s organised by Communion – a collective that spans a record label, promotor and publisher – with a focus on the acoustic, and around every rail of dresses and at the back of every packed-out bar you might get your first listen of the next big thing. Because Bushstock has form; artists who’ve cut their teeth at the festival since its launch eight years ago include Daughter, George Ezra, Bastille, Michael Kiwanuka, Hozier and Bear’s Den.

This year saw a few old favourites return – Nick Mulvey, The Big Moon, The Staves, but it was the new acts – those without even an EP to their name – who were the stars of the show. Jade Bird was probably our highlight of the whole day. With her early doors set at St Stephen’s Church, she was smart, funny and had her audience in the palm of her hand from the off. Her acoustic, country-tinged sound is livened with lyrics that look to Alanis Morissette for her brutally bitter take on things. Uh-huh sees her proudly sticking a finger up in the direction of her ex and his new girlfriend. She seems nervous to air new song Lottery, but the crowd clap-along, and it eases into one of her best songs.

Over at The Defectors’ Weld, Avante Black have the voice and sound – a breathy purr over ice-cold guitars – to grab your attention, and they attract a densely-packed throng into the quarter of the pub with a view of the stage. They’re missing the songs to back it up though – it’s almost the opposite problem to Dan Stock, over at Sindercombe Social who, more used to playing with a band, struggles to impart his witty songs with the power they deserve. 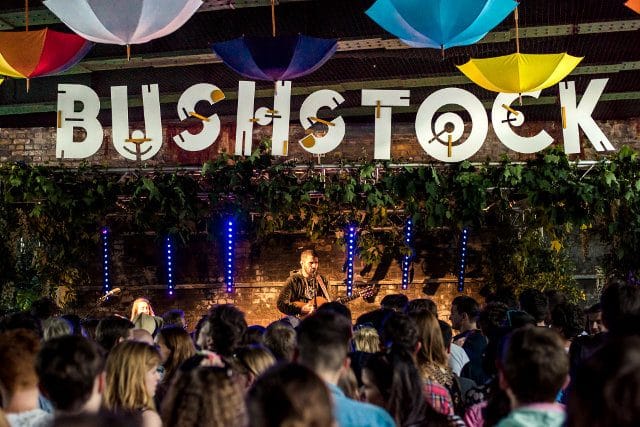 Back in the church, Basia Bulat has the air of an old pro, as she skips over excitedly to play the old piano in the corner of the church. She covers Aint No Cure For Love by fellow Montrealer Leonard Cohen; stuns with the intricate finger plucking of It can’t Be You…and you could hear a pin drop as she wanders into the aisle for her final song. A goosebump-inducing example of what a voice can do in the right venue.

Of course the right venue isn’t always the intimacy of a church, and the ‘courtyard’, behind the K West Hotel, at the Westfield end of the Green, had a more traditional festival feel to it. With a small stage, decked out in leaves and flowers perched under an old bridge – bookended by a bar and falafel stand – the bigger sounds were played out in the blazing sun. Marlon Williams ends his set with a rousing – and lengthy – take on Screamin’ Jay Hawkins’ Portrait Of A Man, which leaves the sun-beaten crowd looking a bit bewildered, before Nick Mulvey coaxed the crowd into a singalong. Thanks in part to his knack for a repetitive chorus, his rambling, melodic sound proves perfect for his late evening billing. Unconditional – shared online a few weeks ago – stands up against his highly regarded debut record, First Mind, and he’s keen to premiere more new material tonight – including one dedicated to Jeremy Corbyn. He’s joined by a stripped back band but this glimpse of what’s to come would suggest that those who enjoyed the folksy groove of the former member of Portico Quartet’s first collection won’t be disappointed by its follow-up.

As The Staves bring the day to a close at the church, The Big Moon lead something rather more raucous at Bush Hall. Visibly excited to unleash their new, debut album, Love In The 4th Dimension, they channelled a Britpop sound, with lashings of pompous guitars and pouts. From a cover of Madonna’s Beautiful Stranger to single Sucker, they were the spirit of rock n roll that this outing tends to steer away from. They don’t perform for a crowd, they perform with them – whipping them up, grinning wildly into the room.

This was Bushstock’s seventh outing and it’s had its up and downs, but this balance of venues – in both size and the sorts of acts they cater for – and the clear focus on the sort of music they programme is to be applauded. They’ve nailed it, and this feels like the epitome of how inner city festivals should be done. Understated, accessible and loads of fun. Long may it continue.